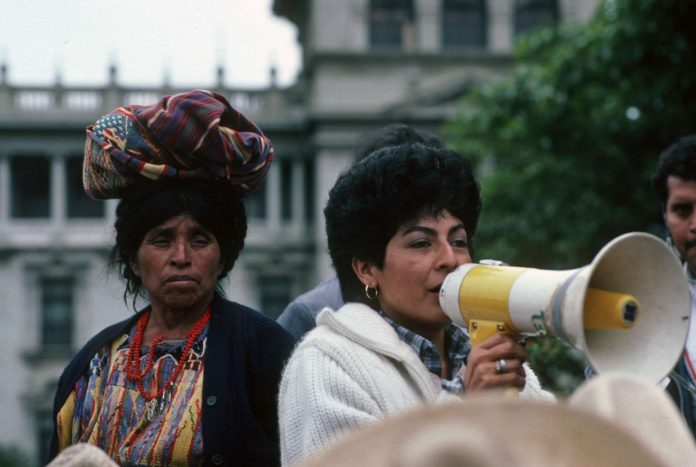 Twenty three female artists from around the world, many of whom have been displaced by political upheaval and persecution, have formed a powerful, new collective through the project, The Travelling Heritage Bureau, to share and document their art practice, cultural heritage and creative activism.

In the latest in a series of jointly staged gallery interventions, fifteen of the bureau’s artist members exhibit new work as part of STILL I RISE, drawing together drawing, sculpture, film, writing, photography, music and performance at Manchester Art Gallery on Sunday 7 October 2018, part of Journeys Festival International and Black History Month.

Struggles, stories and sensory experiences drawn from the streets of Iran to rural communities of Guatemala will be vividly presented in the one-day, highly-creative ‘pop-up’ arts trail, developed directly from the memories, ideas and experiences of female British-born and international migrant heritage artists.

Maya Angelou’s Still I Rise poem, with its message of female hope, strength and resistance in the face of oppression, has provided inspiration and the central narrative for the trail, and has been the focus of a series of creative workshops with the women artists, led by acclaimed Writer, Performer and Director, Yusra Warsama.

Established through an acute sense of underrepresentation in the constitution and activities of most cultural institutions, both in the UK and internationally, The Travelling Heritage Bureau’s (initiated by Digital Women’s Archive North) diverse membership sets award-winning film producers alongside progressive visual artists, digital practitioners and storytellers.

Theirs is a shared mission to broaden opportunity, contribute to research and develop a more accurate picture of the wider creative community and their practices in the UK today.

The work of Kani Kamil, an Iraqi Kurdish artist, confronts the gender and inequality issues in her native country, using her personal experience to critique the absence of women’s political voices in Kurdistan, frequently utilising the symbolic material of human hair.

A new, deeply personal piece delving into family history recalls the coercion of her grandmother to conceive in the hope of a baby boy, denying expectation with a succession of girls before losing her only male child before birth.

Film director and artist, Ana Lucía Cuevas, fled civil war in her native Guatemala in 1984. Her journey of exile across Costa Rica, Bulgaria and London led her finally to settle in Manchester. From here, she embarked on a return journey to Guatemala where, almost three-decades later, she found the truth of her brother and others’ brutal treatment in government hands via the making of her 2011 documentary, The Echo of Pain of the Many.

Her new work for Still I Rise, is a series of filmed portraits of powerful Guatemalan woman, including her mother. She reflects with them about the moments when injustice pushed them to disregard personal circumstance in their pursuit of justice for their loved ones.

Urban Splash brings its ‘It will never work exhibition’ home

Could You Give Chicota The Gift Of A Lifetime?