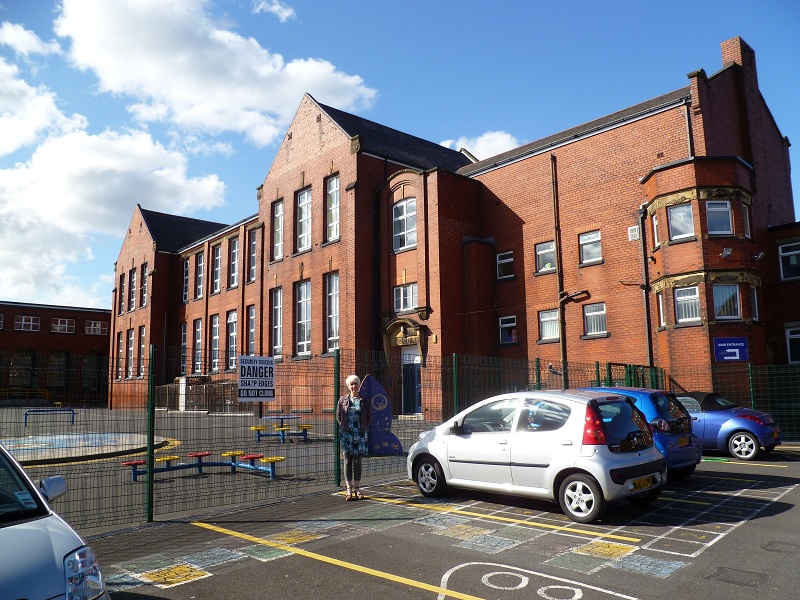 Clarksfield Primary School is under the threat of a new “Trojan Horse” Islamic plot to take it over according to this morning’s Sunday Times which says that its head teacher has been concerned for her personal safety.

According to the paper, Trish O’Donnell, head of the School on Grasmere Road since 2006, has been so worried that she has worked from home for short periods in recent months.

The paper says it has seen A confidential report on Clarksfield by Oldham council this month, which said O’Donnell had reported that she had been subjected to a long campaign involving “death threats”, “threats to blow up her car” and “aggressive verbal abuse”. She had even been physically attacked by one parent, the report said.

” The council report refers to the activities of Nasim Ashraf, who was a parent governor at the time.

Ashraf, whose sister, Shasta Khan, is serving an eight-year sentence for her part in a plot to attack Jewish targets in Manchester, is friends on Facebook with Tahir Alam, who was named as the leader of the Birmingham Trojan Horse plot exposed two years ago.

However a spokesman for Oldham council,cabinet member for education, Amanda Chadderton, said: “We take any allegations about our schools very seriously. The report into an Oldham primary school found no basis to the ‘Trojan Horse’ allegations.”

Police and fire come together under one roof in Mossley