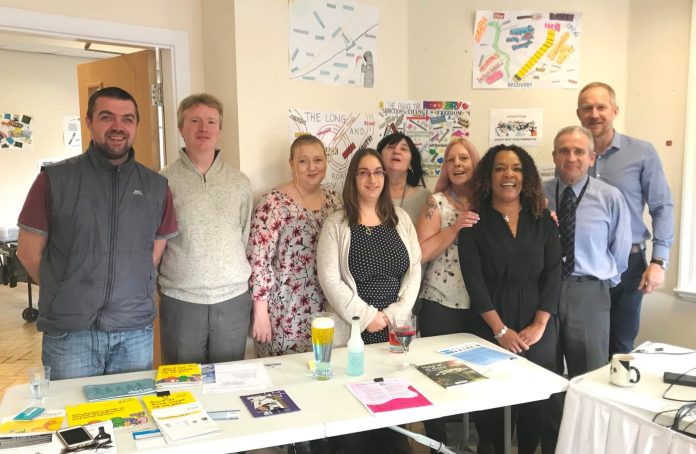 Radcliffe residents are among the first in Greater Manchester to take part in the Communities in Charge of Alcohol (CICA) programme.

This new regional initiative aims to create a network of ‘alcohol champions’, building on the principle that local communities should be empowered to take charge of their own health and people in those communities are best placed to influence their friends, families and colleagues.

“My name is Sharon, I live in Radcliffe and let me tell you my story. I was addicted to alcohol for many years. Due to my addiction I underwent a liver transplant in March 2014; I was very poorly and I was told I had an hour to live when they took me down to theatre.

“I currently volunteer at the ORB (One Recovery Bury) which is abstinence based; I co-facilitate this meeting supporting other group members. I found out about the Alcohol Health Champions (AHCs) training through Nikki Allison who manages the ORB.

Councillor Andrea Simpson, Bury Council’s cabinet member for health and wellbeing, said: “The social and health harms associated with alcohol hit Greater Manchester harder than in most areas of England, as they do for most of the North West. For example, rates of alcohol specific hospital admissions and mortality are significantly higher in all GM boroughs than the England average.

“It is vital that we help communities to take charge of their own health and they are also best placed to have a positive influence on their friends and families.”