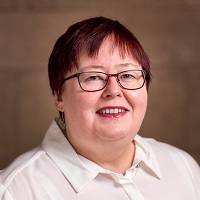 “Today Manchester has lost a great socialist and public servant who has dedicated her life to social justice and making the city, and the world, a better and fairer place for everybody – but especially those with the greatest needs,”

“Over the years she has taken on many roles locally and nationally, including some of the most challenging issues we face as a society – tackling homelessness and the scourge of family poverty being just part of her council portfolio.”

“Sue went out of her way to help people and was always there when you needed her. It’s been an honour to work alongside her, I know she will be missed by many. My thoughts and prayers are with Paul at this time.”

Shocked at the news that Cllr Sue Murphy deputy leader at Manchester City Council has passed away. I was in contact with Sue recently, she was a much loved caring decent person. I send my deepest condolences to Sue’s family&many friends at this sad time.

She served the city in a range of other capacities including being on the board of Manchester Health and Care Commissioning Group and as chair of trustees for the We Love Manchester Emergency Fund established after the 22 May 2017 terror attack.

She was also chair of governors of the LTE Group, which includes Manchester College.

Sue died from an ongoing illness which was not coronavirus-related.

An online book of condolence where friends and colleagues can pay their respects to Sue will be opened shortly on the Council’s website.