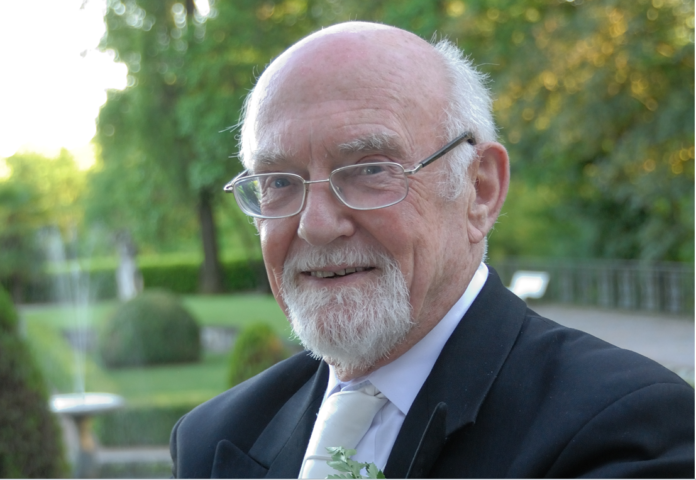 A former teacher and RAF veteran who died following a collision in Stockport has been described as a ‘truly remarkable person who will be greatly missed’.

Ken Birks, 95,passed away after a grey Vauxhall Meriva collided with him while he was on a designated footpath in the car park of Kingsgate House, Stockport, on 5 January

Paying tribute to him, his family said: “Ken was a loving, funny, intelligent, determined, compassionate and strong man.

“He was an RAF veteran having volunteered in 1944 and spent four years in service, stationed predominantly in the Far East.

“He subsequently trained as a teacher, holding several posts in Stockport, and devoted many years to improving the lives of children and going on to train new teachers at Manchester University. He has touched many people’s lives over the years.

“He later became the Assistant Director for Education at Stockport Council until his retirement at the age of 65.

“Ken will be missed by his former colleagues and many friends, young and old.

“Despite his age, Ken was utterly vivacious in every part of his life. He was a talented artist and voracious reader who was extremely knowledgeable about technology, always having the latest gadgets, with an unquenchable thirst for knowledge about all manner of subjects.

“He was a member of Mensa and tirelessly learnt and pursued knowledge of new crazes and developments in the world. He knew more about local and world events and progress than a lot of younger people.

“He would often regale his family with jokes, quips and funny tales about past and recent events. He was as far away from an old age pensioner as you could ever imagine.

“His wit and use of language left those around him often in laughter and with a feeling of warmth but always with joy at being in the company of such a marvellous and interesting gentleman.

“Although he was what many would regard as a ‘grand old age’ there was never a truer example of someone who was taken too soon.

“As a family we are utterly heartbroken and in total shock and disbelief. Ken was a widower, father, grandfather and great-grandfather.

“He was a truly remarkable person and despite his age he remained fit and healthy both in mind and body. He will be greatly missed by all of his family.

“We would ask that as a family we are afforded privacy at this difficult time.”

The collision is being investigated by GMP’s Serious Collision Unit.

An 86-year-old woman stayed at the scene to assist police but no arrests have been made and enquiries are ongoing.

Just seven countries remain on the Red Covid last as 47 opened up for...

Manchester Football Writing Festival Is Back!