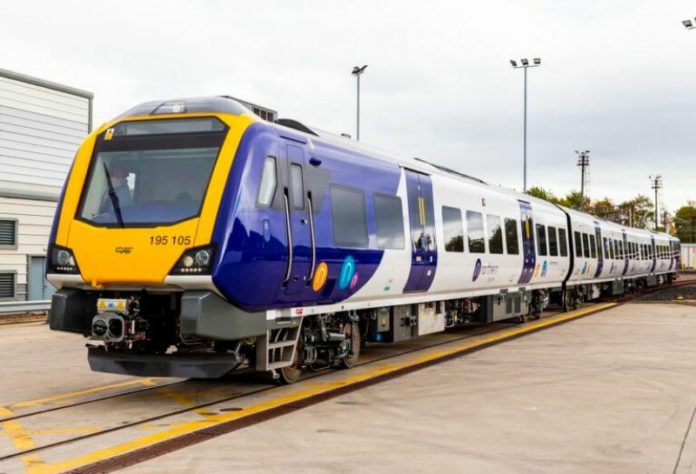 On the eve of the end of this parliamentary chapter, we face a General Election where political parties will put forward their visions for the future.

Whilst Brexit has dominated discourse, one issue has risen up the national agenda over the past year like no other – the future prosperity of the North. No longer battling for share of voice, the nation is waking up to the pent-up economic potential in the North, waiting to be unleashed with the right impetus and investment.

Today’s gap in productivity will become tomorrow’s opportunities for not only those who call the North home, but the people and business leaders yet to locate here. Not just good for the North but good for all the UK.

At the heart of this, is the ability to get people and goods from A to B better than they do today. That’s journeys between the North’s towns and cities and to our neighbours in Scotland, Wales, the Midlands and beyond.

To do this properly, we need Northern Powerhouse Rail and HS2. Delivered together, in lock-step, they’d amount to a rail revolution for the One North economy we set out to achieve in 2015. One our communities have waited for patiently.

For Northern Powerhouse Rail, this means the most transformational £39 billion network spanning from Liverpool to Hull and Sheffield to Newcastle. A mix of new lines and significant upgrades bringing fast, reliable journeys to our main hubs. Millions of people better connected by rail.

That should include new lines between Liverpool and Manchester via Warrington and Manchester Airport, and between Manchester and Leeds. Significant upgrades would create turn-up and go services between Sheffield, Manchester, Leeds, Newcastle, the wider North East and Hull. All journey times slashed, each station location a chance to ignite regeneration and foster new enterprise.

We believe any future Government should back this blueprint to improve people’s opportunities and their quality of life. Like those in our bold, youngest city Bradford, where we believe a central station would be the best catalyst for genuine transformation. A new Government should recognise this and back masterplanning of the city’s central station as soon as possible.

Whether developing new, city-defining stations such as Manchester Piccadilly or Liverpool, or stations in new locations such as Barnsley Dearne Valley, the aim is the same – enabling greater opportunity across the North.

We’re impatient too, itching to get going as soon as we can. But that will take a conscious decision by a Government to commit funding from the mid-2020s. This would fast-track delivery of the major upgrades as part of the first phase of delivery, including the Hope Valley line between Manchester and Sheffield, the East Coast Mainline between York and Newcastle, and connections to Hull. Achieving a spade in the ground in 2024. Infrastructure in years, not decades.

For the new lines between Leeds and Manchester and Liverpool to Manchester we need the committed funding to develop and build these lines so that they can be progressed through their statutory planning and approval processes as quickly as possible.

But, in an era of ambition, this isn’t enough. Our work is fully integrated with HS2 as planned – sharing some 80km of new track, making full use of new capacity to deliver better train services, more often.

For years, the North’s leaders have planned and prepared for HS2’s arrival to both sides of the Pennines. Future city-scapes have been planned around it, whilst the promise of more capacity on the existing network for local stopping services and vital freight movements has been embraced. A Northern Powerhouse built on the foundations of being simply better connected.

The need for investment is clear. It’s evidenced in the daily slog of today’s rail passengers. Timetabling conundrums, packed trains, passengers left on platforms – a congested network buckling under the strain of its own success. One struggling to cope today, let alone equipped to serve the predicted four-fold increase in passengers between now and 2050.

And yet, passengers travelling from Manchester to Sheffield still travel at half the speed of services between Milton Keynes and London. It takes more than double the time to travel from Liverpool to Hull by rail, than it does London to Paris.

Delay or significant change to HS2 – and the half a million extra seats it would provide each day – would not only scale-back the economic opportunities for the North, it could delay both projects substantially. Right now, we need the future of HS2 to be resolved without delay, and fully aligned to design and delivery of a new network for the North.

That means full recognition of the prize for the North as part of the Oakervee Review process, and forensic consideration of where the northern elements of the programme can be built earlier than originally thought.

A future Government should respect and collaborate with the North to drive these projects forward, with strong early commitments to infrastructure spending and meaningful devolution discussions that give our leaders decision-making powers.

It is part of a wider emerging call for the North to be in control of its destiny, with devolved budget and the ability to forge a distinct northern path in tackling climate change, inclusiveness and economic rebalancing. Benefiting our villages and towns, this would allow us to create a better connected North with road improvements unlocking the building of new homes and supporting our residents to make active travel an attractive choice.

A distinct, multi-mode budget for the North would deliver a pipeline of year-on-year investments, allowing us the flexibility to tackle the issues of the day at any given time. Like de-carbonising our rail network with a consistent rollout of electrification across our existing lines.

These issues transcend party politics. That’s been compounded by passion and support from across the spectrum in the past year for this mission. We ask that all parties advance this agenda, putting right decades of under investment, and work with a united North to deliver the opportunity to rebalance the UK economy.

Transport for the North

Women in her teens raped by a masked man in Fallowfield