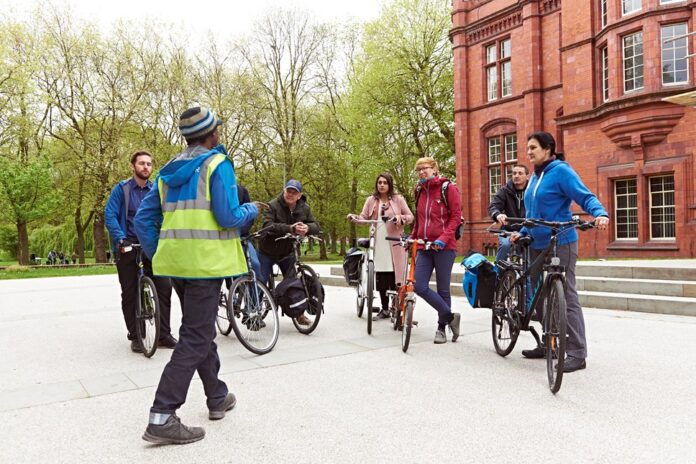 Transport for Greater Manchester (TfGM) has today been awarded a grant of £1million from The London Marathon Charitable Trust to support its ambition to get more people walking and cycling.

TfGM will put the money towards supporting around 10,000 people in up to 60 communities across Greater Manchester to get active and travel sustainably, with a particular emphasis on women, children and Black, Asian and Minority Ethnic (BAME) groups.

Research shows that 69% of frequent cyclists in Britain are men, compared to countries like Denmark where the picture is reversed (female cyclists make up 53% of the total and male cyclists 47%).

TfGM research has also shown that 55% of Greater Manchester residents want to become more physically active, and 70% would like to walk or cycle more but don’t feel safe or confident enough to.

Greater Manchester’s Walking and Cycling Commissioner, Chris Boardman, said: “This money will enable us to reach out to thousands more people across Greater Manchester, enabling them to fit walking and cycling into their daily lives and to enjoy the many benefits that go alongside it.

“Alongside temporary infrastructure in response to the coronavirus pandemic, we are building the UK’s largest cycling and walking network. The Bee Network will deliver more than 1,800 miles of routes, linking every area of Greater Manchester. Inspiring people to walk or cycle for everyday journeys is a huge part of the puzzle and we are incredibly grateful to The London Marathon Charitable Trust for supporting us to make this a reality.”