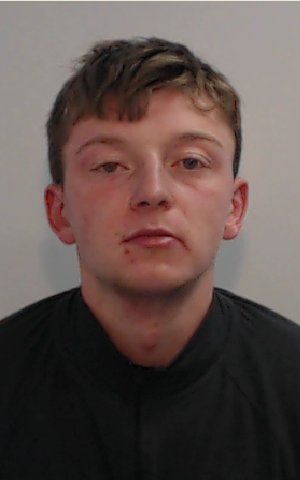 Six people have been jailed in Manchester after a 25-year-old man was violently assaulted in the Northern Quarter last year.

Leo Doyle aged 24 of Hendham Drive, Altrincham has been sentenced to 2 years imprisonment for violent disorder.

Jamie Wright aged 21 of Downs Drive, Timperley has been sentenced to 2 years imprisonment for violent disorder.

Joshua Wright aged 23 of Downs Drive, Timperley has been sentenced to 2 years imprisonment for violent disorder.

Jack Callaghan aged 21 of Amberwood Drive, Baguley has been sentenced to 2 years imprisonment for violent disorder.

Charlie Potts aged 21 of Grove Lane, Timperley has been sentenced to 5 years imprisonment for causing grievous bodily harm with intent.

Arron Garner aged 23 of Stamford, Altrincham has been sentenced to 5 years and 6 months imprisonment for causing grievous bodily harm with intent.

The twenty five year old was leaving a bar in the early hours of Sunday 7 February and began searching for his friends.

He couldn’t see them so instead approached a group of six men, the defendants, who were stood nearby.

After talking to the group for a while, Garner suddenly forced the man against the wall of the building, with Doyle moving in and assaulting him.

Both Wright brothers and Potts then grabbed the man and dumped him in the middle of the road, where they punched and kicked him repeatedly.

This sustained assault continued until another group of people leaving the bar disrupted their attack and called for help.

The man was taken to hospital where he was treated for a broken jaw and other serious injuries.

Detective Constable Sarah Wright of GMP’s City of Manchester team, said: “Every one of the men involved in this violent and unprovoked attack on an innocent man has been taken off the streets.

“The way they carried out such a sustained and brutal assault on this man who was trying to befriend the group, should leave them feeling deeply ashamed.

“The man spent weeks recovering from the physical scars of this attack but he may never recover from the sheer terror of this senseless assault.

“It will be a long time before these six men leave the bars they now find themselves behind, forced to face the consequences of their mindless actions.”

He punched him in his stomach to wind him up-Eccles man found guilty of...