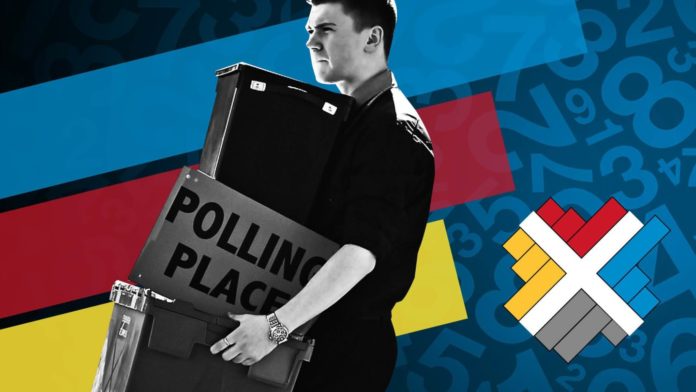 Boris Johnson’s Conservatives have stormed to victory in the General election.

In a night which saw Labour leader Jeremy Corbyn confirm that he would be standing down after a period of reflection, the Lib Dem leader Jo Swinson lose her seat, and the SNP make gains in Scotland.

“This one-nation Conservative government has been given a powerful new mandate to get Brexit done – and not just to get Brexit done, but to unite this country and to take it forward,” said Boris Johnson after the result of his own seat in west London was announced.

Seats which had always been assumed as safe Labour such as Redcar, Bolsover, Barrow and Furness, Bishop Auckland and Darlington went blue overnight.

Across Greater Manchester, there have been shocks as what were considered safe Labour seats have fallen to the Tories.

In the biggest surprise, Andy Burnham’s former seat of Leigh fell to the Conservatives who ousted Jo Platt reversing a nine thousand majority while in Heywood and Middleton Chris Clarkson defeated incumbent Liz McInnes to become the constituency’s first ever Tory MP.

Bury North and South both this morning have Tory MP’s, James Frith losing to James Daly by just 105 votes in the North while Bury South turned Blue for the first time since 1992.

In other once considered safe Labour seats, there were some close calls.Barbara Keeley held Worsley and Eccles South for Labour but saw her majority plummet to just over three thousand.

In Ashton under Lyne, shadow Education spokesman Angela Rayner saw her majority massively cut, the same was true for Debbie Abrahams in Oldham East and Saddleworth.

Nationally Workington man has turned Tory. Mark Jenkinson taking the seat from Labour’s Environment Spokesman Sue Hayman with a majority of 4,176.It has been a Labour seat since 1918 while the first big moment of the night sees the Tories taking the former mining community of Blyth. Valley held by Labour since 1950.

The Beast of Bolsover Dennis Skinner lost his seat to the Tories, and the Lib Dems, as well as losing their leader lost front bench spokesman Tom Brake too, and failed to win with big defectors Chuka Umunna and Luciana Berger, even in strongly Remain seats.

The DUP has had a bad night in Northern Ireland, losing two seats, including their Westminster leader  Nigel Dodds.

SNP leader Nicola Sturgeon made clear last night she believes her sweeping victory in Scotland gives her a clear mandate for another independence referendum,

Campaigns are won and lost strategically, rather than a knee-jerk reaction… I really think if we’re losing a fourth general election by a significant margin, we need to spend some time collectively reconciling ourselves to the reasons for that’ said the returned Manchester Central MP Lucy Powell

Where to Eat an Alternative Christmas Dinner!