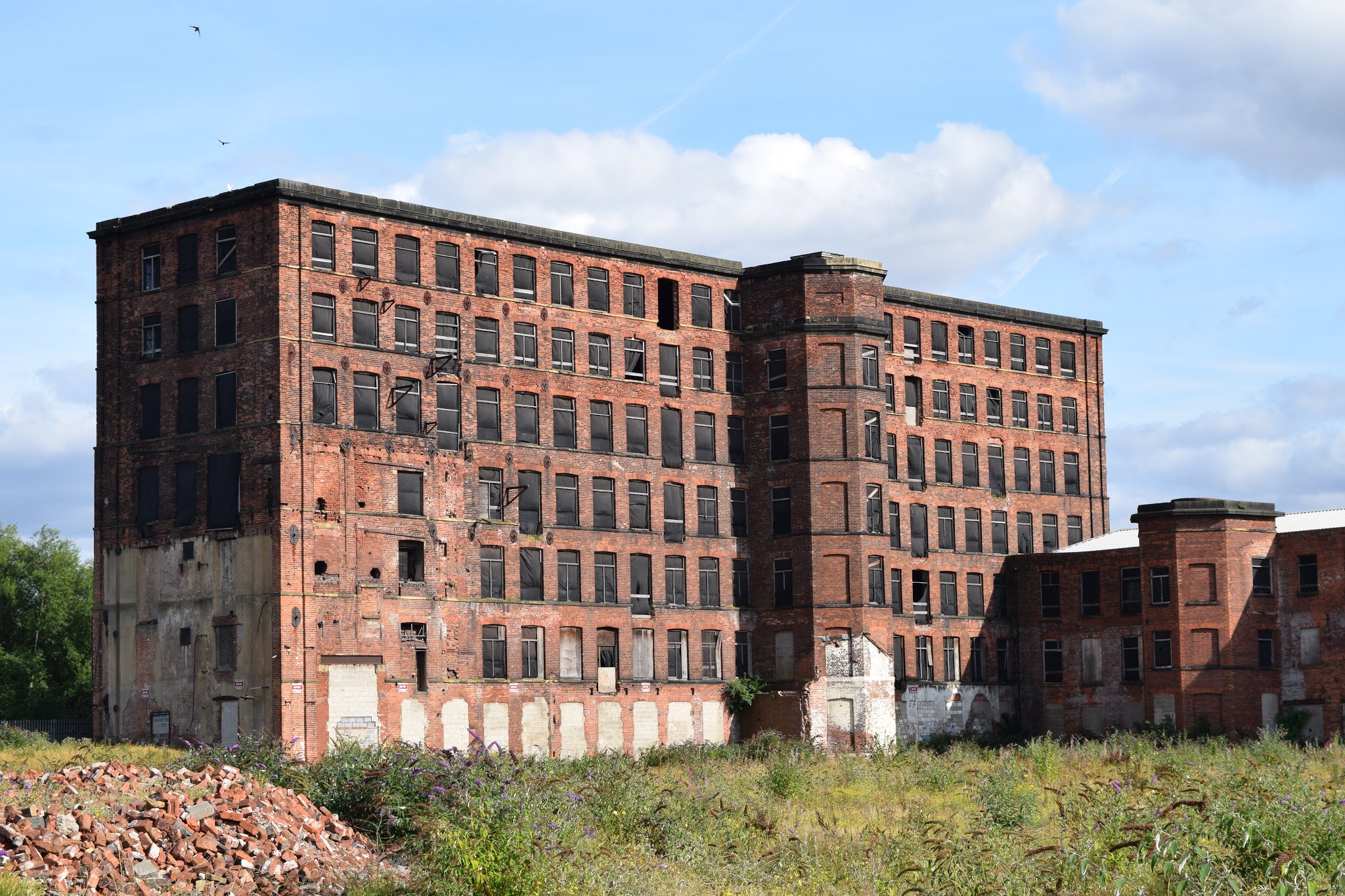 The Victorian Society has announced the Top Ten Most Endangered Victorian and Edwardian Buildings in England and Wales 2015.
All the buildings in the Top Ten are nationally important listed buildings in real risk of being lost if action is not taken in the immediate future.
In a video launching the Top Ten Griff Rhys Jones, Victorian Society Vice President, said: ‘ Share the list around because these are buildings that need help, and we need you to help them’. The national exposure from inclusion in the Society’s Top Ten often leads to new interest in the buildings. The 2015 list includes:
Brighton’s seafront walk, Madeira Terrace, said to be the longest continuous cast iron structure in the world, now closed to the public and set to be entirely replaced

Sheerness Boat Store, the world’s earliest survival of this kind of iron framed structure – a technique near universally used in modern steel framed buildings, and

London’s gothic Ladywell Baths which sank its own 270ft well to avoid paying the water company but remains derelict despite a London property boom.

Director of the Victorian Society, Christopher Costelloe, said: ‘We’re grateful to everyone who nominated an endangered building. All the buildings included in this year’s Top Ten are listed buildings meaning that the Government has recognised their national importance. These buildings illustrate Britain’s history in tangible form. The Grade I listed Boat Store at Sheerness has worldwide importance. All of them deserve better than their current situations. I urge the public to share the Top Ten list, and Griff’s message, to help raise awareness of these buildings and help them to find the investment they desperately need.’

The 2015 Top Ten in no particular order are:

Ladywell Baths, Lewisham, London (Grade II, 1884, Wilson and Son & Thomas Aldwinkcle) Lewisham Council, has struggled to find anyone to take the building on which has suffered internal vandalism. With a property boom across London the baths have lots of potential for reuse – surely the time is right for someone to come to its rescue.

Kinmel Hall, Wales (Grade I, 1870-1874, W E Nesfield) Owned by British Virgin Islands registered, Acer Properties Limited, the ‘Welsh Versailles’ or ‘discount Downton’ remains unused and neglected since its purchase in 2011 with plans for a hotel seemingly no closer to implementation.

St Luke’s Church, Wolverhampton (Grade II*, 1860-61, George Robinson) Wolverhampton cannot afford to lose a building of this quality. A new community or commercial use must be found to give the building a sustainable future.

Overstone Hall, East Midlands (Grade II, 1860, William Milford Teulon) The owners should face up to the responsibility of owning a historic building and take action to ensure it survives – either by finding a tenant or selling it a more realistic price.

Sheerness Boat Store, Kent (Grade I, 1856-60, Col GT Green RE and William Scamp, Admiralty Works Department) The boat store is in desperate need of a use. The Isle of Sheppey is one of the South East’s more remote areas but the not too distant Chatham Dockyard shows that historic dockyard buildings such as the boat store can have a future.

Madeira Terrace, Brighton (Grade II, 1890- 1897, Philip C Lockwood) Brighton Council has stated that repairs cannot be made and a ‘like for like’ replacement is required. It seems unlikely that nothing from the entire length of the terrace can be repaired or salvaged. The Council should make its survey public and ensure that as much of this historic structure as possible is preserved.

The Council has spent £77,000 on the building in recent years but have been unable to find a developer willing to take it on. New sources of funding are desperately need to restore this important city-centre building.

Birnbeck Pier, Weston-super-Mare (Grade II*, 1862, Eugenius Birch) Storms earlier this year have left one walkway on the verge of collapse – North Somerset Council must now help all parties to quickly establish a planning brief to secure the pier’s future.

Hunslet and Victoria Mills, Leeds (Hunslet Mill Grade II* c1842 William Fairbairn, Victoria Mill, Grade II, c1838) The developers who have owned the Mills for around 20 years state development remains unviable. Hunslet Mill is being treated as a priority case by Leeds City Council and Historic England but if the developer doesn’t take action soon there will be little left to develop.