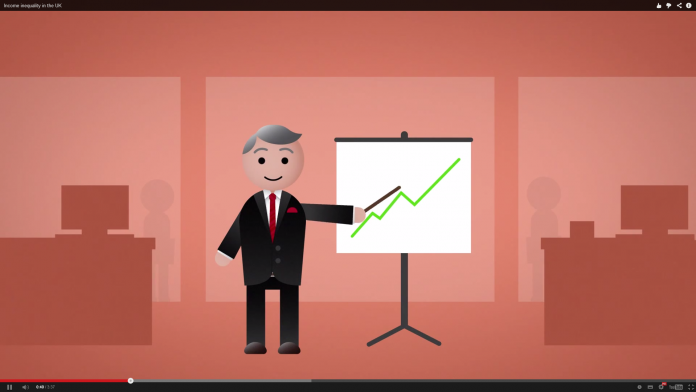 Wealth inequality in the UK has been rising for the last 10 years and is set to continue growing over the next decade, with young people particularly hard hit, according to a new report published today by IPPR, the progressive policy think tank.

New YouGov polling for the report shows that the public are deeply pessimistic about the future, and believe the government should do more to counter wealth inequality.

The report, commissioned by Channel 5 to mark the launch of the second series of Rich House, Poor House, finds that the wealthiest 10% of households have five times the wealth of the bottom 50%.

Half of households in Britain now have just an average of just £3,200 in net property, pension and financial wealth, while the top 10% hold an average of £1.32 million.

The report shows that every generation since the post-war ‘baby boomers’ has accumulated less wealth than the generation before them had at the same age, with people born in the 1980s having just a third of the property wealth at age 28 of those born in the 1970s.

The Chancellor has already hinted that young people may be a priority in the Budget next month. The new YouGov polling shows that Philip Hammond is right to prioritise this issue: 80% of people think 18-24 year olds will have more debt than older generations, 74% think they will have less in savings and investments than previous generations and 72% think they will have less housing wealth.

With wealth inequality having risen since the financial crisis, the report shows that the UK is facing a “second lost decade” to 2027. On current trends fewer than half of ‘millennials’ (the generation born between 1982 and 2002) are expected to own their own home by the age of 45.

On current trends London property prices in 2027 (per metre squared) will be over 10 times the price of property in the North East.

Rich House, Poor House is an observational documentary that sees two families from opposite ends of the wealth divide switch places and finances for a week to see how they fare. One family is from the richest 10%, the other is from the poorest 10%.

The total value of housing stock in London is now greater than the housing stock of all of Wales, Scotland, Northern Ireland and the North combined. London and the South East hold much more of the country’s wealth than other regions. The average adult in the South East has almost four times the wealth (£150,000) of the average adult in the North East (£40,000).

While Property inequality getting worse.

As the Government has identified, property is a key driver of current and future inequality. Average property prices per square metre are projected to be 10.9 times higher in London than in the North East (they are currently 5.2 times higher) by 2027.

“The old social contract in which each generation could expect more wealth than the last is broken. Our work has found that the vast majority of people now expect young people today to have less than the previous generation in housing wealth and savings, and more debt.

“The Chancellor has indicated he is looking at options to improve the financial position of young people in his Autumn Budget. Our polling shows that the majority of people would support new measures to equalise wealth. These could include giving young people better access to housing and fairer taxation.”

Jonathan was a beloved husband and daddy to Jack