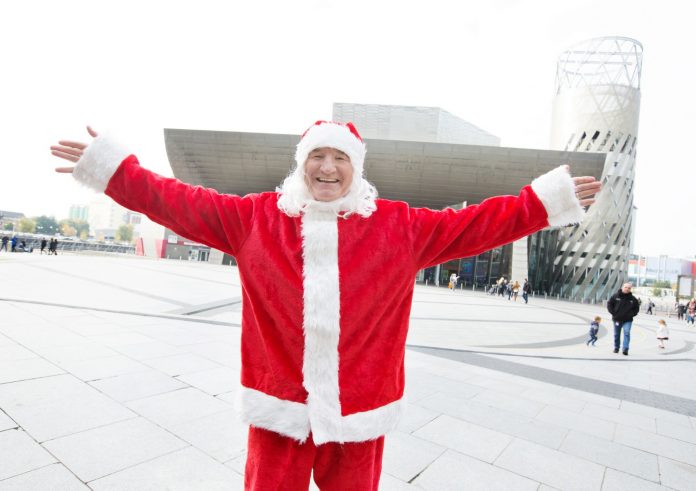 Tony Hadley is to headline Mike Sweeney’s Children in Need Extravaganza at The Lowry Theatre on Thursday 6 December.

The singer-songwriter is best known for being the frontman of 1980’s pop band Spandau Ballet, and then as a solo performer.

Tony Hadley spoke to Mike Sweeney on his BBC Radio Manchester show to share memories of his previous visits to Manchester:

“I’ve had some fine old times in Manchester in the early 80s, some really good fun. My memories go back to the really early days back at Piccadilly Radio and BBC Saturday morning Breakfast show.

“I like Chinese food and always pop into Manchester’s China Town when here. There’s some great clubs and theatres – I was recently up at the Opera House and what an absolutely stunning venue.

John Thomson is also confirmed to be on the bill at Mike Sweeney’s Children in Need Extravaganza. The Salford-born star of The Fast Show and Cold Feet John will be performing some of his funny impersonations as well as playing the drums alongside guitarist and Early Doors actor Phil Mealey. Phil will be accompanying singer Liv Mae, who is his daughter.

The other acts taking part in the Extravaganza are Phoenix Nights actor Smug Roberts, the Manchester Survivors Choir, Rowetta and Peter Hook.

This year’s Extravaganza is bigger than ever before with the show taking place in the main auditorium at The Lowry. Tickets are still available at a cost of £10 each; BBC Children In Need will receive £5 from each ticket sale and the rest will go to The Lowry’s Christmas Appeal after costs.

The show will be broadcast on BBC Radio Manchester on Friday 7 December from 9am.

Suede will be performing their classic album Coming Up in full this October at...