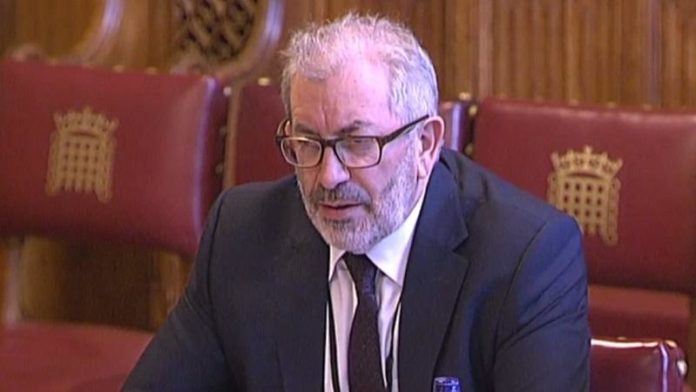 The government must urgently develop a long-term vision for the UK which decisively addresses deprivation, unlocks regional economic potential and confronts the challenges presented by climate change and new technologies.

The Commission reported earlier this year that London’s global success was contrasted elsewhere in the UK with some of the worst inequalities in Europe, with stop-start regional policy failing to tackle problems that have led to economic under-performance and lower healthy life expectancy.

The report identifies seven national priorities for action which are vital if worsening performance and widening divisions between different parts of the UK are to be avoided.

Over Climate Change it says to protect disadvantaged communities who are most at risk from its impact and use the market opportunities created by a move to a carbon zero economy to rebalance our economic geography.

There should be a twenty year connectivity plan to commit to renewing and extending out-dated transport infrastructure so that it reflects the present economy rather than the past; reconnect marginalised communities and shift towards shared transport and new technologies.

The report recommends the creation of a global centre of excellence in industrial digital technologies: bring Britain’s leading regional universities together to power-up technologies that have the capacity to create 20,000 businesses, increase economic value by £1.2bn a year and upskill a million industrial workers.

Devolution should be acclersted by devolving decisions about regional economies to all regions, not just those with government-sanctioned deals; introduce Parliamentary Committees and Cabinet positions which recognise and respond to the Powerhouses of the North, Midlands, South West and South East.

There should be a plan for England, to introduce a spatial plan for England setting out explicit, funded priorities for coordinated, connected development which supports the UK’s global role whilst addressing regional inequalities.

Finally there should be a level the playing field for funding. On top of a £250bn UK Renewal Fund outlined in the Commission’s First Report, introduce a regional investment bank network; change Treasury investment rules so that they accommodate regional variations and help rebalance the economy according to the long-term vision.

Lord Kerslake warned: “Time is not on our side. Successive governments have spent the last 50 years trying to rebalance the UK economy and create a fairer and stronger nation. Those efforts have failed and the hard evidence uncovered by our inquiry shows that we remain one of the most unequal and divided nations in Europe. If we continue our current approach those divisions will worsen, potentially to a serious degree.

“We need to adopt a strategy that allows London to sustain its global role whilst at the same time targeting some systematic firepower at raising the economic performance of regional Britain. The research and consultation carried out by the UK2070 Commission across the country has identified both where we can make progress and the actions needed to deliver it. It will not be sufficient to tinker with existing policies or make incremental changes to budgets – the system itself is consistently failing to deliver effective solutions.”

David Williams, Director, Manchester at Turner & Townsend whose firm sit on the commission of this report and have played a leading role in its development.said:

“The UK2070 Commission’s second report shows that regional inequalities across the UK are no longer up for debate. Development across the north west sorely needs an integrated approach that provides continuity, longevity and spatial strategy. This will only succeed if decisions are made regionally rather than in London.”

“The commission’s proposals resonate with programmes already underway across the region. These include Health & Social Care; Transpennine Rail Upgrades and Civic Quarter Heat Network. We need many more of these programmes to unlock the potential of the North.”

Major new report calls for a ‘re-imagining’ of the NHS if the service is...