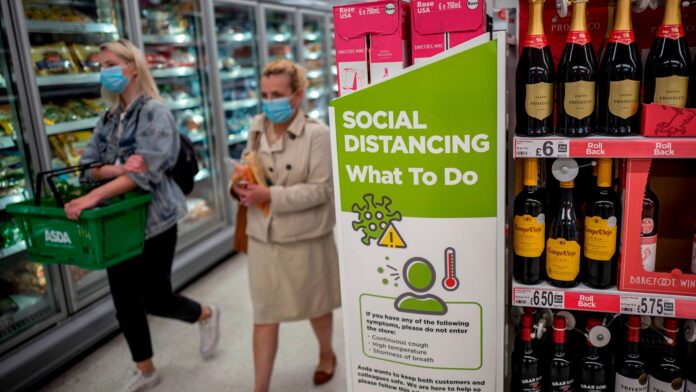 Interim results from over 2,000 retail staff show that so far this year:
76% say abuse has been worse than normal during the Covid-19 pandemic,85% of shopworkers have experienced verbal abuse,
57% were threatened by a customer,
9% were assaulted.

The annual Respect for Shopworkers Week runs from 16-22 November 2020. During the week, Usdaw will be raising awareness of the year-round Freedom from Fear Campaign and promoting the parliamentary petition calling on the Government to legislate to protect shopworkers.

Paddy Lillis – Usdaw General Secretary says: “Yet another Usdaw survey shows that some people have responded to this appalling pandemic by abusing shopworkers. At a time when we should all be working together to get through this national crisis, it is a disgrace that staff working to keep food on the shelves are being abused.

“Action to protect shopworkers is needed and that is why we have launched a petition, which now has over 70,000 signatures. We were deeply disappointed by the Government’s response to the petition, offering little more than sympathy, so we continue to campaign for the 100,000 signatures needed to trigger a parliamentary debate.

“This is a hugely important issue for our members. Shopworkers are saying loud and clear that enough is enough, abuse should never be just a part of the job. Retail staff have a crucial role in our communities and that role must be valued and respected, they deserve the protection of the law.”