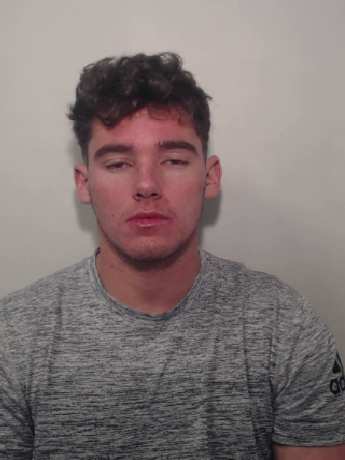 This followed a trial at Manchester Crown Court, Crown Square, on Tuesday 28 March 2017, when they were sentenced, but restrictions were in place so it could not be reported on at the time. The reporting restrictions have now been lifted.

The 33-year-old man was shot in the chest on Mill Hill in Little Hulton and was seriously injured on the 4th June last year.

He was taken to hospital where he was treated for a gunshot wound to his torso and left arm suffering serious, life-changing injuries.

Detectives at Salford launched an investigation and the three were arrested. During a search, officers recovered live ammunition and all three were subsequently charged.

We can now report that Connor Holland aged Gorse Drive, Little Hulton, was found guilty of possession of a firearm, assault and two counts of possession of ammunition. He was sentenced to 15 years and three months in prison.

Dean Holland aged 47 of Gorse Drive, Little Hulton, was found guilty of two counts of possession of ammunition. He was sentenced to nine years in prison.

Jane Blood aged 39 of Gorse Drive, Little Hulton, was found guilty of possession of ammunition. She was sentenced to nine years in prison.

Superintendent Mark Kenny of GMP’s Salford Borough said: “This investigation led to significant jail terms for three Salford criminals and it was an excellent result that we weren’t able to mention, until now.

“This shooting left a man with life-changing injuries and was part of a series of violent incidents in Salford, as a result of a dispute between two criminal groups in Little Hulton.

“We have been working tirelessly to bring those responsible to justice and prevent further serious violence. In addition to these sentences, 11 injunctions were taken out by GMP to help prevent further violent crime between these rival organised crime groups.

“With the help of people in Salford, and our partners, we have taken three criminals off our streets and made Little Hulton safer as a result.”