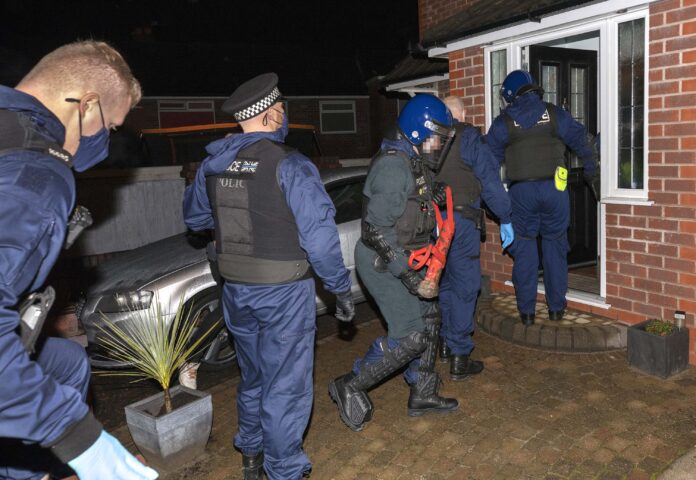 Properties were searched just before 7am in Moss Side, Longsight and Manchester City Centre in connection with an investigation into the supply of class A drugs in the Moss Side and Longsight areas.

During searches this morning, officers seized drugs, cash, mobile phones and items believed to have been funded through the proceeds of crime.

Further evidence was seized as part of detectives’ ongoing enquiries into the investigation – codenamed Operation Bathurst.

Detective Inspector, Ian McNabb, of GMP’s Xcalibre Task Force, said: “Today’s action is a result of a thorough investigation into the supply of class A drugs – a crime that can really blight communities and have a devastating effect.

“These arrests are a significant step in our investigation and we hope that this action makes people think twice about being involved in drug dealing.

“These investigations rely on information from members of the public and partners and I’d like to thank those who have assisted us so far.

Graffiti on Withington Rashford mural was not racial say police

These two Wigan men travelled to Knutsford to break into a house but set...