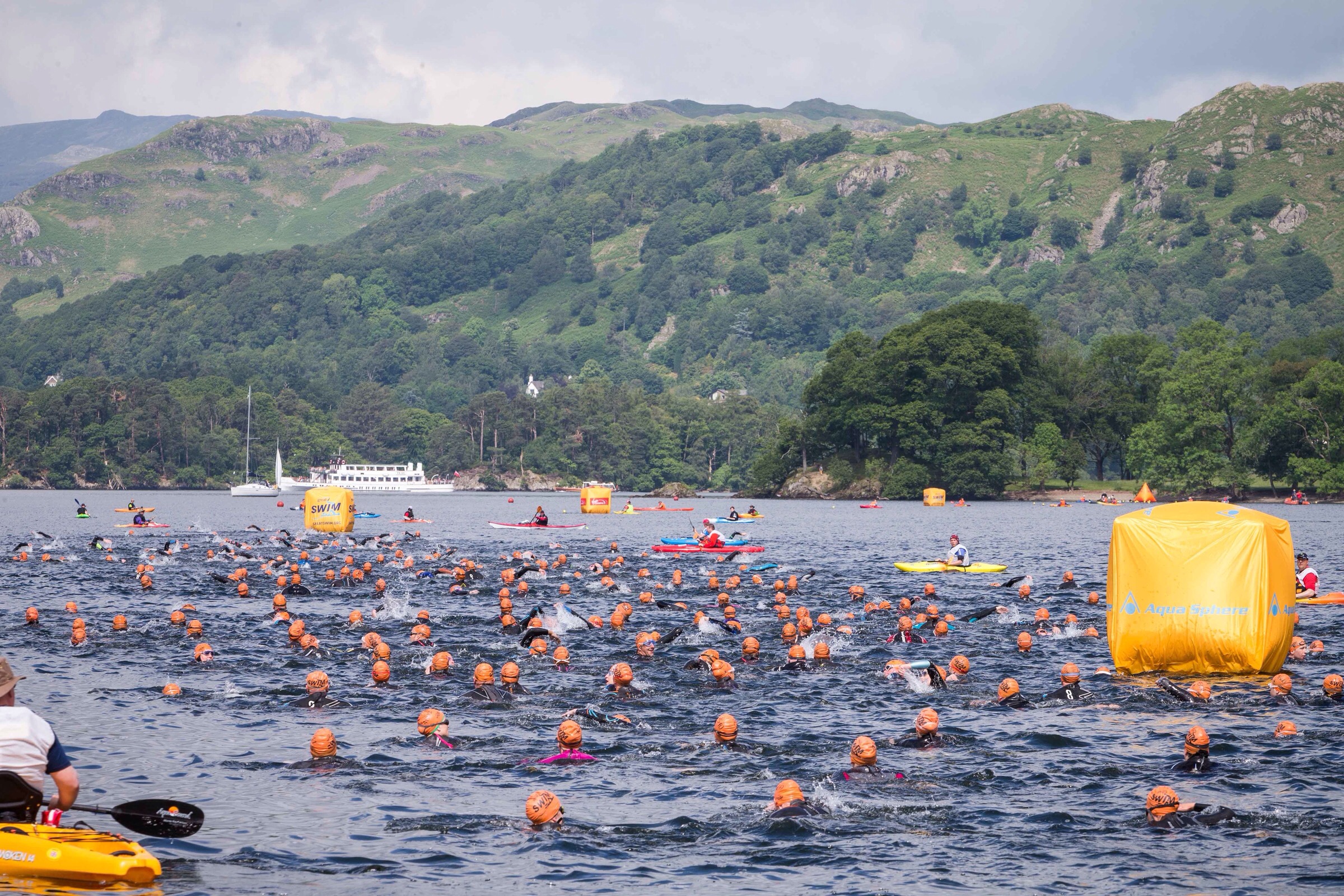 Up to 10,000 swimmers are expected to take the plunge at Britain’s biggest open-water swimming event – the Great North Swim, at Windermere, this weekend.

Set in the stunning surroundings of the Lake District National Park, the event takes place from the 12 – 14 June and features a variety of distances for swimmers of all ages and abilities.

Some of the best open water swimmers from around the world are featured in the line-up to deliver an exciting race for the spectators and TV viewers alike, with a special programme to be broadcast on Channel 4 on Saturday 12 September.

Alongside the elite swimmers will be amateurs of all abilities, taking on their own personal challenges over half mile, one mile, two mile or five kilometre distances. Joining them will be cricketing legend, ex-England international and 2005 Ashes winner, Matthew ‘Hoggy’ Hoggard who is preparing to take on the challenge of swimming at four of the Great Swim events taking place across the UK this summer, in aid of the charity Cricket Without Boundaries (CWB).

Hoggy said: “I am delighted to be taking part in the Great North Swim to help Cricket Without Boundaries continue to grow the game in Africa and use it as a vehicle to deliver vital health messages. Cricket has given me so much over the years and it is great to be able to give something back.

“The Great North Swim is my first ever open water swimming event – I’m a bit nervous, but really looking forward to it!”

Great Swim Director Alex Jackson said, “We’re really excited to be celebrating our eighth year in Windermere. Since 2008 the swim has grown from 3,000 participants to around 10,000, which clearly demonstrates the increasing popularity of this exhilarating sport.

“As the largest and most well established swim series in the UK, Great Swim offers an unparalleled open water event experience. The safety of our participants is our number one priority, and first timers can be assured that our safety experts and kayak team will be with them every stroke of the way.”

The Great North Swim is the first of five events in the Great Swim Series taking place this summer in lakes, lochs and urban docks across the UK this year.

Other events in the series include the Great Manchester Swim at Salford Docks on the 4 July, the Great East Swim at Alton Water near Ipswich on the 20 June, , the Great Newham London Swim, at the Royal Victoria Dock on the 18 July and the Great Scottish Swim at Loch Lomond on the 29 August.