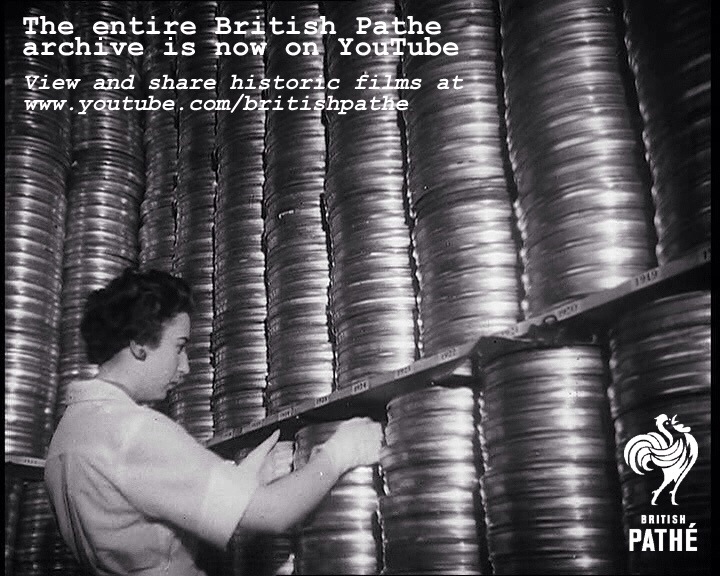 British Pathé was once a dominant feature of the British cinema experience, renowned for first-class reporting and an informative yet uniquely entertaining style. It is now considered to be the finest newsreel archive in existence. Spanning the years from 1896 to 1976, the collection includes footage – not only from Britain, but from around the globe – ofmajor events, famous faces, fashion trends, travel, sport and culture. The archive is particularly strong in its coverage of the First and Second World Wars.

“Our hope is that everyone, everywhere who has a computer will see these films and enjoy them,” says Alastair White, General Manager of British Pathé. “This archive is a treasure trove unrivalled in historical and cultural significance that should never be forgotten. Uploading the films to YouTube seemed like the best way to make sure of that.”

The unprecedented release of vintage news reports and cinemagazines is part of a drive to make the archive more accessible to viewers all over the world.

Alastair White continues: “Whether you’re looking for coverage of the Royal Family, the Titanic, the destruction of the Hindenburg, or quirky stories about British pastimes, it’ll be there on our channel. You can lose yourself for hours.”

This project is being managed by German company Mediakraft, which has been responsible for numerous past YouTube successes. The company will be creating new content using British Pathé material, in English and in foreign languages.

Thousands of years of visual culture made free through Wellcome Images