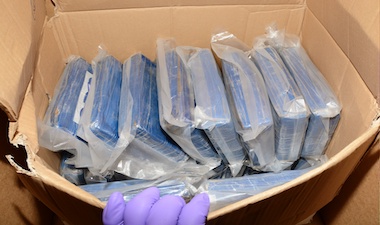 Suspected members of an international organised crime group – arrested as part of a National Crime Agency investigation into the importation of cocaine, heroin and cannabis worth billions of pounds – have  been charged with conspiracies to import class A and B drugs.

The thirteen men, aged between 24 and 59, were apprehended during dawn raids on Tuesday across London, Manchester, Stockport, St Helens, Warrington, Bolton, Dewsbury, and Leeds.

They have been remanded in custody to appear at Manchester Magistrates’ Court today.

The four men and two women from the Netherlands, who were arrested in April by the Dutch National Police on European Arrest Warrants, are currently awaiting extradition to the UK.