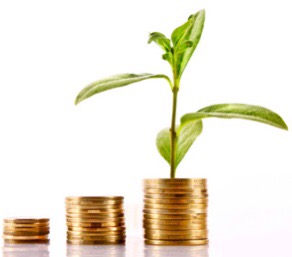 Launching in four cities including Manchester, creative agency Cubo has launched a new campaign, STOP/START, for The Start Up Loans Company to inspire potential UK entrepreneurs to stop holding off on starting their own business.

The campaign is running in four of the UK’s most vibrant cities – London, Manchester, Liverpool and Leeds – and looks to target people when they’re most likely to be having that big idea – on public transport on their way to work, in coffee shops and pubs, or listening to the radio in the morning.

The campaign kicks off today with a 30” regional radio advert, which will be aired in Manchester, Liverpool and Leeds, plus London Underground X-track panels and the distribution of branded coffee cups and beer mats into over 400 pubs and cafes across the UK. Regional bus and tram advertising will be live from next Monday (19th September).

The creative taps into the mindset of those who are thinking about making the life changing decision to start up their own business and reassures them they do not have to do this on their own. This is evident in every creative element with a call to action that encourages people to take their first step by texting for their free business start up guide.

David English, Chief Marketing Officer at The Start Up Loans Company, comments: “This new out of home advertising campaign will target those people who want to change their everyday lives and have more control over their working life. Our STOP-START messaging speaks to those of us who tend to over-worry, lack confidence in our own ideas and doubt our own potential. Instead, we’re showing people they don’t have to go it alone and that there’s support on offer to begin their journey.

“It’s all about inspiring the next class of Start Up Loans Company successes, and we’re excited to start working with passionate individuals who have fantastic business ideas waiting to be explored.

“From the start Cubo understood our ambitions which is evident in the smart ‘STOP/START’ campaign they have created with us. We’re looking forward to getting out to entrepreneurs and seeing their response to the campaign.”

Jonathan Sant, Creative Director at Cubo, concludes: “We really wanted this campaign to stress how easy it is to start up your dream business, but knew that to deliver the best returns we needed the campaign to reach highly targeted touchpoints. This is why we decided to hit pubs and coffee shops as well as traditional radio, tubes, trams and buses – we wanted to get to those entrepreneurs who are literally sitting on their exciting start up ideas. We hope that budding entrepreneurs who see the campaign will feel they no longer have an excuse to not follow their dreams.”

The Start Up Loans Company, which is celebrating its fourth anniversary this year, provides government-backed personal loans for business purposes, as well as free business mentoring and advice. They encourage prospective new entrepreneurs – and also companies who have been trading for less than 24 months – to stop sitting on great ideas and make them happen with an opportunity to borrow up to £25,000 at a fixed interest rate of 6% per annum, and access to free business support.

The company recently announced that it has lent a total of £250 million to small businesses across the UK since its launch in 2012.

Snapshot: The moment Securicor removed art masterpieces from the home of LS Lowry in...