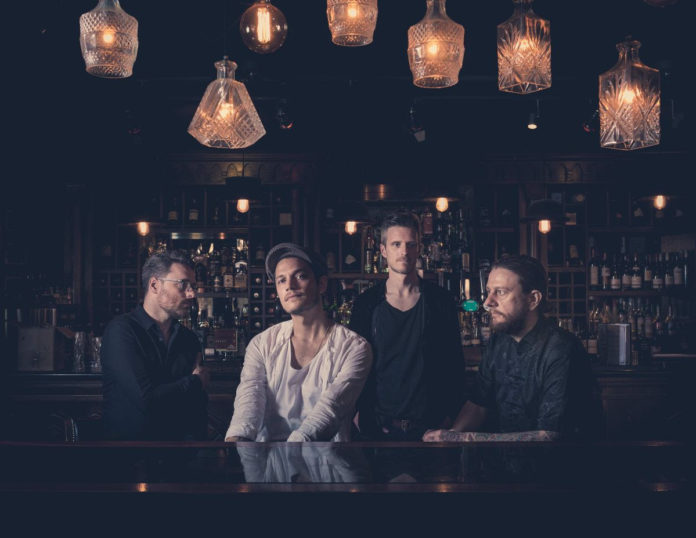 The Slow Show have unveiled a haunting acoustic version of current single ‘Hard To Hide’ featuring the Hallé Youth Choir. Filmed at St. Michaels Church in Manchester, the track was arranged by The Slow Show’s Frederick ’t Kindt and conducted by Stuart Overington.

“Collaborations are always exciting but working with fellow Mancunians The Hallé was a ‘pinch ourselves’ type of opportunity,” says Slow Show vocalist Rob Goodwin. “We recorded the song live with stripped back instrumentation and surrounded entirely by the choir. We wanted to expose the song, take it back to its bare bones and give the choir space to interpret the song. The recording was intensely intimate and hearing The Hallé youth choir singing one of our songs was a moving experience, one we savoured.”

“Recording and filming with the Slow Show was fantastic,” says Overington. “Not only were the guys fab to work with but the whole experience was something we, as a choir, don’t get to do very often. I loved how we were able to work with the guys to create the sound they wanted, and I felt they really helped the choir do their best. Plus I think their songs are great.”

The acoustic version of ‘Hard To Hide’ follows the recent release of the single’s atmospheric official video.

‘Hard To Hide’ is taken from The Slow Show’s third album ‘Lust And Learn’, which will be released via PIAS on August 30. The Manchester quartet will support the release with an extensive European Tour, taking in Islington Assembly Hall on October 10 and culminating in a hometown show at Gorilla on November 7.

With 2015’s ‘White Water’ and the following year’s ‘Dream Darling’ The Slow Show established themselves as a band who inhabit their own universe. There are antecedents – the exploratory beauty of Talk Talk, the ability to frame a story like Nick Cave And The Bad Seeds, The Blue Nile’s determination not to waste a single note. It all coalesces into something other: unless you’ve heard The Slow Show before, you won’t have heard anything quite like The Slow Show.

As the name implies, songs take their time in The Slow Show. This is music built to last. That’s not accidental: singer Rob Goodwin and keyboardist Frederick ’t Kindt spent 18 months honing every note of ‘Lust And Learn’ into shape. Kindt helped establish leading Manchester studio Blueprint and knows the best local strings and brass players, who have helped The Slow Show since the start, while the Halle Youth Choir and vocalist Kesha Ellis act as the perfect counterpoints to Goodwin’s rich, sonorous voice.

Rarely has a band created such a powerful, fully realised world from what initially appears such a minimal framework. No matter how gentle the beauty of their songs, The Slow Show are a band worth shouting about from the rooftops.

The Horne Section are coming to the Lowry

Manchester Pride Presents Live In Your Living Room for a Second Week including Youngr,...