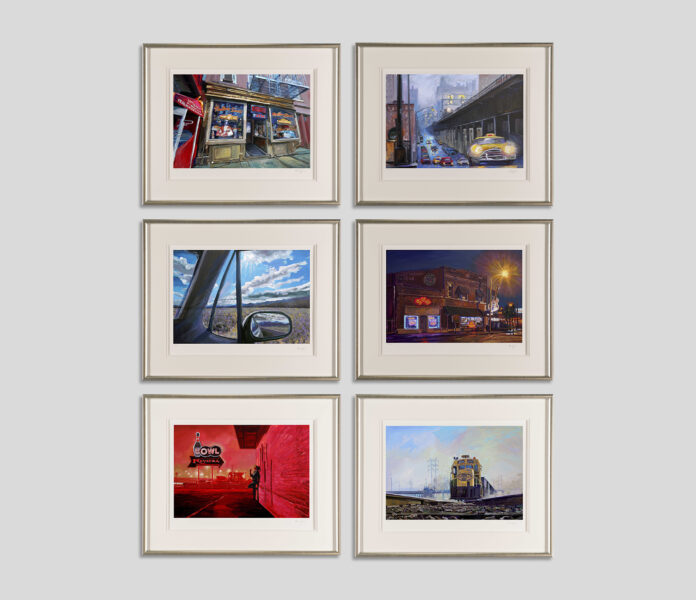 Bob Dylan is one of the world’s most influential and groundbreaking artists. In the decades since he first burst into the public’s consciousness from New York City’s Greenwich Village folk music scene in the early 1960s, Bob Dylan has sold more than 125 million records and amassed a singular body of work that includes some of the greatest and most popular songs the world has ever known.

The Retrospectrum Collection explores the sheer breadth of Dylan’s achievement and his monumental impact on the world as a musician, poet and artist. Titled in celebration of the international tour of Dylan’s major museum retrospective of the same name, the collection comprises limited edition graphics that have been greatly anticipated by Dylan collectors worldwide, since the Retrospectrum exhibition first opened to the public at Modern Art Museum, Shanghai in 2019.

The exhibition spanned six decades of Dylan’s artistic career and featured more than 300 paintings, sculptures and drawings. The curation united seven series of Dylan’s visual art, along with archival material and brand-new paintings. Following its opening in Shanghai, the exhibition then toured to the Today Art Museum in Beijing and the Jupiter Museum of Art in Shenzhen. The provenance of the artworks within The Retrospectrum Collection is exceptional, having formed part of an integral display within the exhibition.

“We are extremely privileged to carry the art of Bob Dylan in our galleries. The work is extraordinary, and has already garnered attention from established Dylan collectors and those new to his art alike. The Retrospectrum Collectionrepresents a visual pathway following Dylan’s artistic journey, whose ever-evolving artistry continues to position him as inarguably one of the most revered cultural icons on the global stage.”

Tired of Your Rubbish Home Office? You Can Now Work from a Villa in...