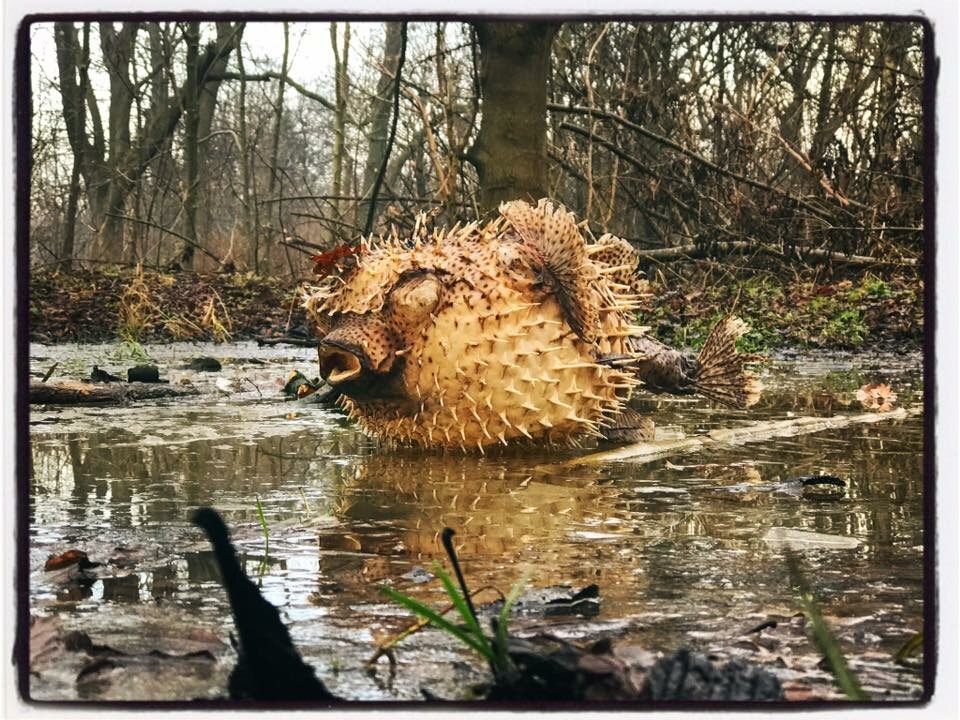 Is this one of the strangest things that you could see in Manchester?

Head there now to see it!#MCRPufferFish

Quite what a Puffer Fish is doing in Manchester is uncertain.It is found in tropical waters worldwide, but they rarely go into the cooler waters.

When the fish is threatened it inflates it’s body with air exposing the long, sharp, toxic spikes which normally intimidates the predator into retreating. If however, an animal does manage to eat the puffer fish, it will often be poisoned by the toxins.

Special chefs are trained to cut the fish so that the fish does not poison the consumer.