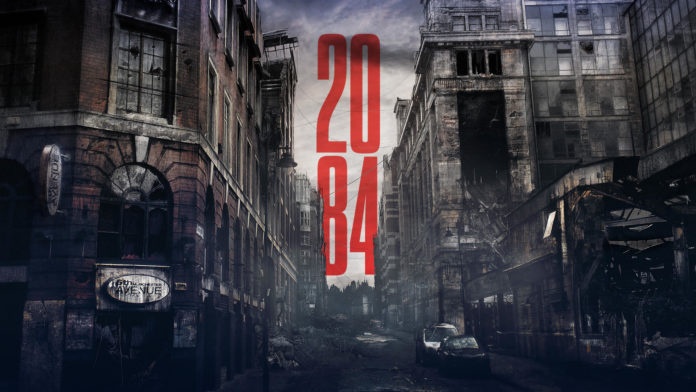 Enter the dramatic world of Manchester Central Library after hours and embark on an immersive journey inspired by George Orwell’s dystopian novel.

2084 is a thrilling new immersive theatre production that takes the audience inside a totalitarian state that monitors every act, word and thought of its citizens.

In our era of social media and digital corporations, when everyone is tracked, analysed and influenced, Orwell’s compelling vision has never been more pertinent.

2084 has been designed specifically for Manchester Central Library to make the most of its extraordinary spaces, including its iconic circular reading room. The show takes place after dark, once the library has closed and puts the audience at the heart of the 2084 experience!
This unique production is directed by Joe Hufton (Secret Cinema)and features an original soundscape composed by Dom James (Bompass & Barr), as well as a live performance by Manchester soul singer, Charlie Cooper (Needs Must).
2084’s writer Adam Taub commented, “Orwell’s novel shocked readers with its vision of the future. 2084 updates that vision and explores how fragile are the freedoms that we take for granted.”
2084 will take place on Friday and Saturday evenings from 22/11 to 14/12 with performances at 18.30 & 21:00. Tickets are available here.