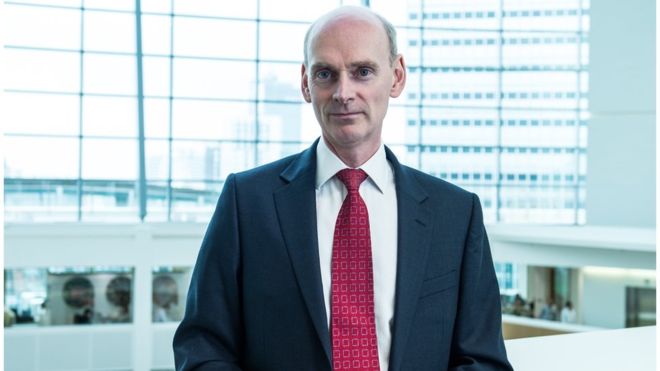 The Group has announced that Richard Pennycook is to step down as Group CEO and will be succeeded by Steve Murrells, currently CEO of the Co-op’s food business.

Richard, who joined the Co-op at the height of its crisis in 2013 and has led its Rescue and Rebuild phases, will step down as CEO after a short transition to Steve Murrells, currently the CEO of the Co-op’s food business, who now becomes Group CEO.

The Co-op says that having made great progress on rebuilding, with businesses performing strongly over the past two years and Rebuild plans starting to deliver value for our members,  the attention of the leadership turns to planning for Renewal – a long term phase which will seek to put the Co-op once again at the heart of communities in the UK, championing causes that are important to them and trading with an ethical heart and a social conscience.

Richard Pennycook, who joined the Co-op on an interim basis having put on hold a planned portfolio career, has signalled that he now wishes to return to that plan.

The strength of the management team, built during the turnaround, gives the Board great confidence that the transition to new leadership under Steve Murrells will be seamless.

Steve Murrells joined the Group to run its food business in 2012 and has led a highly successful turnaround which has seen Co-op Food outperform the market for 18 consecutive periods. He joins the Group Board on 1 March and Richard will step down from the Board that day. Richard, however, has agreed to act as an advisor to the Group, primarily focusing on its relations with the Co-operative Bank.

“Richard Pennycook saved our Co-op. In three short years he has rescued and rebuilt our business and restored pride to our 70,000 colleagues and 4.5 million members. We owe Richard a huge debt of gratitude and his place in Co-op history is secured.

“We are fortunate to have Steve as our new Group CEO. He is a natural co-operator, a great leader and has already done so much to return our Co-op to its former glory. Steve has transformed our food business and put it back at the heart of communities across the country. His leadership has seen our Co-op consistently outperform the market in food and he is the right and unanimous choice to now take the whole Group forward for the next phase of our transformation.

“Leaving the Co-op was always going to be hard, but the time is right. The CEO who is to lead the Renewal phase in 2018 has to be the CEO who builds the plan in 2017. In passing the baton to Steve, I leave safe in the knowledge that the Co-op will be taken forward by a leader who shares our vision of what can be achieved in the future. Steve has a terrific team around him and an organisation that has rediscovered its self-confidence. I could not be more proud of them all and wish them great success in the future.”

“I’m honoured to have this opportunity to lead our Co-op and to serve our millions of members. I take over at one of the most exciting times in our 150 year history. All the signs are that consumers are looking for a different type of business, one that looks after them and their communities and I truly believe that the Co-op is that business. We have amazing colleagues and a growing and more engaged membership. Now is our time and we are ready to show the country that good businesses that do good things offer a better future for us all.”

Is this the coolest office in Manchester? Sneak peak at Social Chain’s new office...