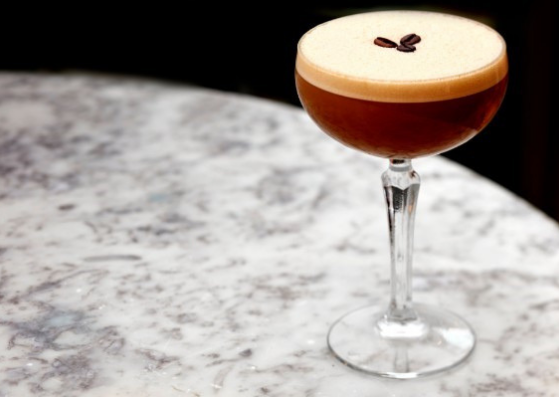 The Ivy Manchester exclusively premieres at Cocktails in the City This Weekend!

The much awaited The Ivy will be exclusively premiering their cocktails and look in their beautiful pop-up bar at this weekend’s Cocktail in the City in Manchester’s New Century Hall.

Not scheduled to open until late November, this is Manchester’s first look at The Ivy and a very special treat for Cocktails in the City goers.

Cocktails in the City is taking place across two floors in one of Manchester’s most unique and undiscovered spaces invites guests to take a cocktail journey through the ages. From secret speakeasies to glamorous rooftop destinations get shoulder-to-shoulder with the cities leading bartenders to celebrate the craft of the cocktail.

Guests will be able to enjoy exclusive first-tastes of The Ivy’s signature cocktails, which will soon be on the menu at their new site in Manchester.

The Ivy Spinningfields will be joining 20 of Manchester’s most exciting and exclusive bars, offering guests the opportunity to sip, experience and taste their way around the village of bars. Founded in 1917 in the heart of London’s theatreland, The Ivy, West Street, has become a long-standing celebrity haunt and will open its brand new Ivy Collection site at Manchester Spinningfields in late November.

Cocktails in the City is the UK’s largest festival of bars and will premiere cocktails from The Ivy Collection at New Century Hall this weekend, offering guests an exclusive first look at the highly anticipated bar.

The Ivy Spinningfields will be joining the city’s most exciting, exclusive and famous bars, offering the finest drinks and the most creative bartenders all under one roof. With a line-up including; Arcane, Cottonopolis, Harvey Nichols and Science and Industry, the competition will be fierce to win the hearts of festival-goers and be crowned Manchester’s ‘Best Cocktail Bar’.

The Ivy Spinningfields will open in Manchester on Tuesday, 27 November, offering Mancunians a totally new dining experience set across four fabulous floors in the city’s financial district. The restaurant will feature a ground floor brasserie, first-floor private dining room, an opulent Asian bar and restaurant on the second floor and a sumptuous Roof Garden featuring fire pits and lush foliage on the top floor. The Ivy Spinningfields will occupy an impressive, timber-framed space within a new development, The Pavilion, surrounded by greenery yet located in the heart of the city.

Cocktails in the City – Manchester

Tickets: £12 including a cocktail on arrival

All additional cocktails are £6.50

School for Scandal – Science and Industry

The Ivy Spinningfields – The Alchemist – The Anthologist Bar – Arcane

Tim Hortons to bring Mancunians coffee on the go

The Lowry Hotel Has A New Champagne Trolley and Cocktails!