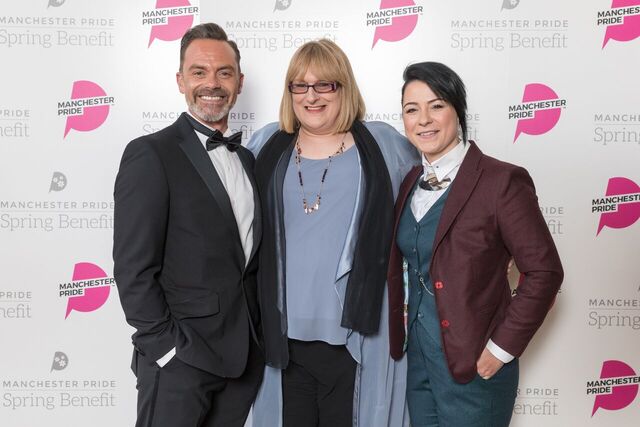 Following on from the huge success of this year’s Manchester Pride Festival 2018, the charity have announced they have recruited four new ambassadors to help spread the word of the hard work and commitment carried out all year round.

Singer/songwriter and Big Weekend stalwart, Lucy Spraggan has been appointed as an ambassador for the charity this year along with Coronation Street stars, Daniel Brocklebank and Dolly-Rose Campbell, Hollyoaks actress, Annie Wallace who was appointed in late 2017.

Manchester Pride is constantly working to enrich and empower LGBT+ people across Greater Manchester, and every year this is supported by the work and commitment given by the charity’s key ambassadors who each have their own unique ability to reach new audiences and connect with different groups within the city’s community.

2018 marked the 10th year that Lucy Spraggan played The Big Weekend, which takes place every year on August Bank Holiday weekend. The former X Factor star broke the silence at 2017’s Candlelit Vigil and she also spoke to guests about her involvement with the charity at the Manchester Pride Spring Benefit earlier this year.

Lucy comments “I am very excited to be an ambassador for Manchester Pride. I’m so looking forward to getting stuck in with what Manchester Pride is all about, not just for The Big Weekend but all year round. They do such amazing charity work and at the Spring Benefit this year there was a video about helping young people overcome the struggles of being out which, as an LGBTQ+ person myself, really opened my eyes. Now more than ever I really want to get involved in the charity work that Manchester Pride do.”

Both Dolly-Rose Campbell and Daniel Brocklebank, who play Gemma Winter and Billy Mayhew on the Manchester-based soap, are regulars at Manchester Pride events and have been key supporters of the charity for years.  Both have taken part in the parade on the Coronation Street float in recent years and attended the annual Manchester Pride Spring Benefit in May this year.

Dolly-Rose Campbell discussed becoming a newly appointed ambassador for the charity in 2018: “I am thrilled to be an ambassador for Manchester Pride. The work that Manchester Pride does throughout the year to engage with and create opportunities for people in Manchester’s LGBT+ community and beyond makes a huge difference to so many people’s lives and I am very much looking forward to getting involved in their fantastic charity work.”

Making history as the first transgender person to play a transgender character in British soap history, Annie Wallace is also a newly appointed for Manchester Pride.

The Scottish-born actress has lived in Manchester for a number of years, currently playing headmistress, Sally St Claire in TV soap, Hollyoaks. Having been a regular at Manchester Pride events for several years, alongside her co-star Ross Adams, Annie’s works as a trans activist and LGBT+ supporter makes her a perfect fit as ambassador.

Annie said “I’ve been involved with Manchester Pride for 18 years and I was honoured to be asked to be an ambassador for the organisation. They are a celebration of all things LGBT+, a support and educational organisation, helping to end ignorance, prejudice and hatred, and a charity that raises so much for the LGBT+ community. Everyone knows the Bank Holiday Weekend celebration, but Pride is about so much more. I look forward to helping where I can, and flying the flag for Manchester Pride!”

Mark Fletcher, CEO of Manchester Pride, said: “We’re so pleased to have been able to appoint Lucy, Daniel, Dolly-Rose and Annie as ambassadors for the charity. They have been huge supporters of ours for such a long time that this was a natural process for us and we can think of no better people to go out there and represent LGBT+ people on behalf of Manchester.”