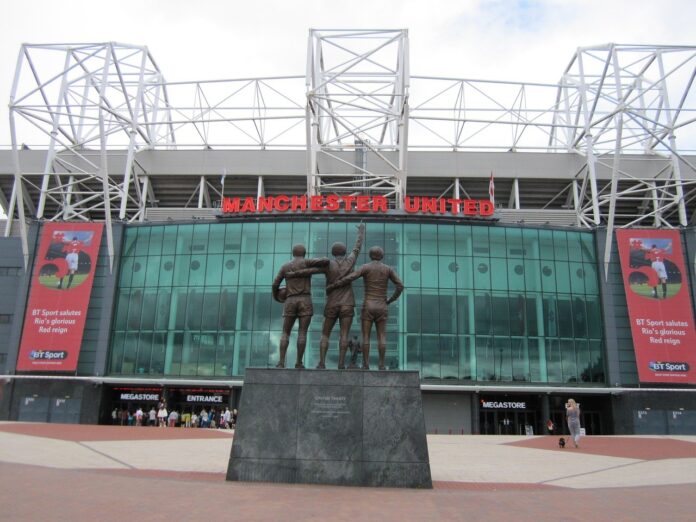 Cristiano Ronaldo, also known as CR7, is a 36-year-old professional and international Portuguese football player. He is currently playing for the English Premier League club Manchester United. Before rejoining the club, Ronaldo had played six Premier League seasons at Manchester United between 2003 and 2009. During that period, he contributed to winning eight trophies and scored 118 goals in 292 matches.

However, despite his outstanding performance, Ronaldo left Manchester United for Real Madrid and later joined Juventus in 2018. He last played for Manchester United on May 27, 2009, at a 2008/09 Champions League final match against Barcelona.

After 12 years, the five-time Ballon d’Or winner made a sensational return to Manchester United in 2021 and played his first game on September 7 2021, against Newcastle, where he scored two fantastic goals. His return to Manchester United almost broke the internet as his fans and football fanatics tweeted, retweeted about his homecoming. His return has had a remarkable impact on the club, which include:

Manchester United launched the official home kit for the 2021-22 season on July 15, 2021. Fans quickly bought the home kit and started donning it during the club’s matches. However, the kit’s sales went a record high with the announcement of Ronaldo’s return to Manchester United. The number 7 shirt has had the highest demand.

The increased sales led to increased revenue for the top-rated English club. However, there was a ripple effect for Adidas, the official kit manufacturer. Their production demand for the red shirts went high, which increased their production revenue.

Manchester United’s acquisition of Ronaldo is relatively comparable to adding extra gear to a racecar. His performance and consistency in scoring may improve the club’s performance in the EPL and increase its chances of participating and winning other leagues such as the UEFA Champions League.

A club’s good performance drives its commercial standing. The signing of Ronaldo has set the foundation for better commercial deals in the coming years. Such deals include a lucrative contract with the training ground’s sponsor, improved revenue from the kit manufacturer, commercial streaming deals, increased number of advertisers, among others. All these will improve the commercial standing of the club.

Gaming companies will also sign new deals with Manchester United management to use their virtual team in their games. Purchase of licensing rights comes with lucrative financial packages which the club can inject into its operations. This is good news for gamers who are fans of Manchester United and Cristiano Ronaldo. They can now play football online or other kinds of online games by visiting NeonVegas casino. The online casino has a variety of games to choose from, such as dice games, blackjack and football.

Major investors made million-dollar profits within a few days. A rise in the share price and an increase in the number of investors will likely boost the dividends payable.

Upon signing for the club, his Instagram, Facebook and Twitter followers have increased to over 357m, 150m, and 95m, respectively. This signing has also impacted the Instagram following for Manchester United, which had approximately 43 million followers. That figure has risen to over 44 million followers. Social media following can drive ad sales and boot revenues for Cristiano and the club.

Manchester United home and away matches have seen an increased number of fans attending since Ronaldo rejoined them. Old Trafford reported an increase in the number of tickets sold, especially on the second debut of Ronaldo against Newcastle. This trend is expected to continue even as Ole Gunnar Solskjær works on building a winning strategy with players at his disposal.

The signing of Cristiano Ronaldo to Manchester United has helped the team rejuvenate its falling glory. The team’s performance is picking as the coach works on enhancing his winning strategy. The club’s social media followers have increased, ticket sales have gone up, and stock investors are happy as the share has been rising.

The signing of the football stay is attracting better deals from sponsors, advertisers and streaming companies. This improvement in various aspects of the club will see an increase in revenue and a more robust financial standing.