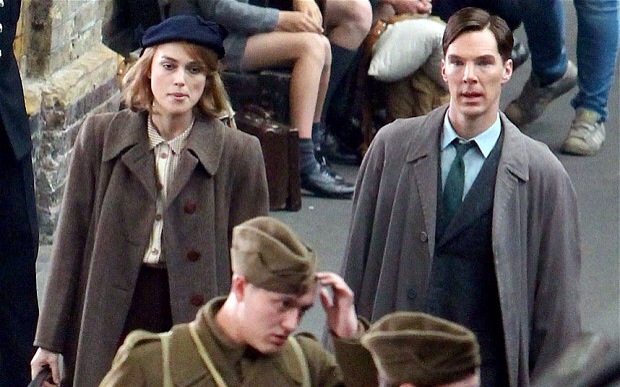 A trailer is out for the movie Imitation Game starring Benedict Cumberbatch in the title role as Alan Turing.

Cumberbatch won the top award at the Toronto Film Festival last month for his role as the Second World War Code Breaker who came to Manchester in 1948 already a pioneer in computing and artificial intelligence having proposed and then proved the possibility of a machine that could in theory solve any calculable function.

The title of the film which also stars Keira Knightly, refers to a test , ‘ The Turing Test’ that he thought would someday show that machines could think in ways indistinguishable from humans and the fact that feeling the need to hide both his sexuality and his code-breaking work, he often found himself playing an imitation game by pretending to be things he wasn’t.

The film, which is due out in November, begins in Manchester in 1951 as Turing’s house has just been burgled but something is amiss with the crime scene, which arouses the suspicion of the Detective, who hauls Turing in for an interrogation.