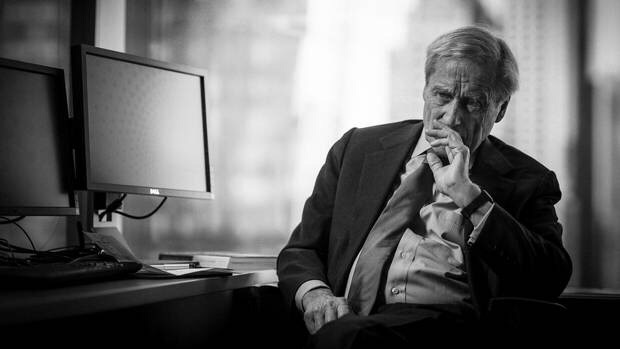 A new documentary film out this month explores how a Newton Heath born lad who went onto edit the Sunday Times exposed the scandal of Thalidomide in the 1960’s.

The film, Attacking The Devil: Harold Evans and the Last Nazi War tells the story of Sir Harold’s campaigns, including an investigation into the drug thalidomide, which left 10,000 babies with deformities in the 1950s and ’60s.

The documentary has been made by Jacqui and David Morris, a sister-and-brother team whose previous award-winning film was about the photojournalist Don McCullin. This project began as a documentary primarily about Evans, McCullin’s editor, but as the Morrises dug deeper their focus switched to his key role in the thalidomide scandal.

Thalidomide was developed by Chemie Gruenenthal, and marketed as a miracle drug for pregnant women suffering from morning sickness, beginning in 1957. The results were devastating: Thousands of babies were born with severe birth defects (one father recounts seeing his newborn daughter who could “only be described as a torso with sort of little flowers where the arms and legs should be,” he says in the film). Many babies were stillborn – or left to die, the film explains in one of its many heartbreaking details. One of the thalidomiders (as they are sometimes called) recounts how he had been put into a container, thought to be stillborn, until movement in the box alerted someone to the fact he was alive.

The film connects the dots between Hitler and thalidomide. One of the inventors of sarin gas was ordered by Hitler to develop an antidote to the nerve gas. Otto Ambros (the “A” in sarin), a Nazi official involved in Auschwitz, convicted at Nuremberg but later freed, went on to work at Chemie Gruenenthal – the German company that developed thalidomide. In the film, the Thalidomide Trust presents convincing (although still circumstantial) evidence that the drug may have been tested on concentration camp inmates.

“My God, I never thought I’d see the likes of that again,” said the uncle of a thalidomide baby when he first met him. He was one of the soldiers who liberated Bergen-Belsen, where he saw small children who looked a lot like his new nephew.

Sir Harold Evans attended Brookdale High School Newton Heath, school with the future Alfred, Lord Morris of Manchester, who nicknamed him “Poshie” because he was the only boy in the school whose father – a railway driver – owned an automobile.
His career began as a reporter for a weekly newspaper in Ashton-under-Lyne, Lancashire at 16 years old. After completing his national service in the Royal Air Force, he entered Durham University where he graduated with honours in politics and economics and subsequently earned a Master of Arts degree for a thesis on foreign policy.

He became an assistant editor of the Manchester Evening News and won a Harkness Fellowship in 1956-57 for travel and study in the United States. He began to gain a reputation on his return from the U.S. when he was appointed editor of the regional daily The Northern Echo, where one of his campaigns resulted in a national programme for the detection of cervical cancer.

During his 14-year tenure as editor of the Sunday Times, Evans was responsible for its crusading style of investigative reporting which brought to public attention many stories and scandals which were officially denied or ignored.

One such report was about the plight of hundreds of British Thalidomide children who had never had any compensation for severe birth defects some had suffered. This turned into a campaign for the newspaper’s Insight investigative team, and Evans himself took on the drug companies responsible for the manufacture of Thalidomide, pursuing them through the English courts and eventually gaining victory in the European Court of Human Rights. As a result, the victims’ families won compensation after more than a decade. Moreover, the British Government was compelled to change the law inhibiting the reporting of civil cases.

Wo Manchester Women No 7 Sunny Lowry