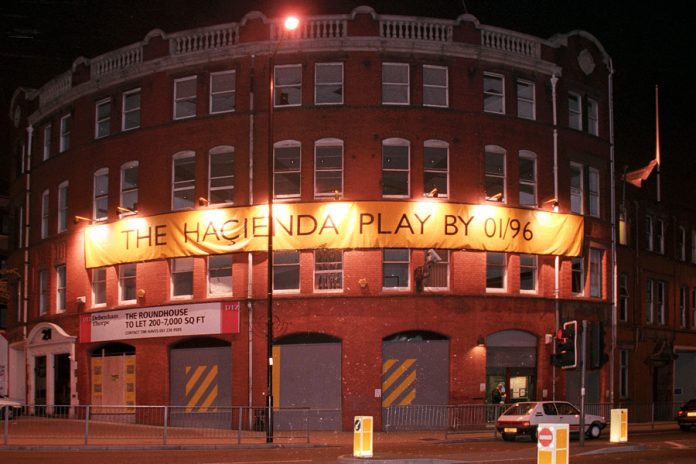 The Haçienda Nightclub and Chetham’s Library,has been included in the top 10 of a new UK heritage list standing alongside the Parsonage where the Bronte sisters lived, the place where Jane Austen lived and Shakespeare’s birthplace.

The 10 historic places for music and literature were nominated by the public and chosen by the novelist Monica Ali as  part of a Historic England campaign titled A History of England in 100 Places under the category of Music and Literature .

All 10 places picked by Monica will be explored in new episodes of the recently launched podcast series, hosted by Emma Barnett.

Monica Ali said: “I was intrigued by the idea of telling the history of England in 100 places, and I was delighted to be asked to judge the music and literature category. The judging process proved to be a reminder of just how rich the nation’s history of creativity is, and it was tough to select only 10 places. Why is it important to celebrate such places? First of all, it is an acknowledgement of how the arts have shaped our society, especially at a time when arts are becoming more and more marginalised. Secondly, and no less importantly, these are not only places in which to learn about the past, they also invite contemplation, reflection and – just maybe – inspiration, thus passing the creative baton to future generations.”

Others in the list include Abbey Road Studios and the 100 Club in London,Charles Dickens’ former home, Doughty Street, George Orwell’s home, Islington and  23 and 25 Brook Street, London where Handel and Jimi Hendrix lived 200 years apart

“The Hacienda was the first nightclub I ever went to in the 80s. No club ever topped that for me. It was the coolest place I’ve ever been.” said Ali while she said of Chetham’s Library,

“Its not only the oldest free reference library, it is also a beautiful building. Its particular association with Marx and Engels, two writers who shaped much of 20th century history is an added bonus.”