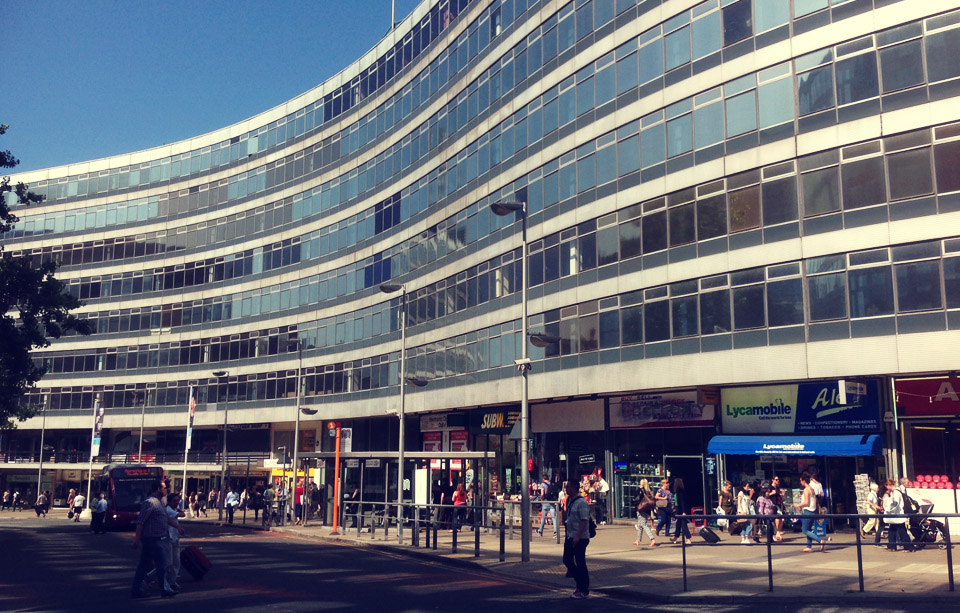 The iconic Gateway building, which greets the many thousands that pour out of Piccadilly railway station on a daily basis, faces an uncertain future if plans to redevelop the area ahead of the arrival of High Speed Two in the city.

Business Desk reports today that the block, built in the 1960’s and shaped in the style of a capital “S”,

will not only make way for the new station but also a new road running along the high speed viaduct that will link London Road, and the wider regeneration, with East Manchester

The report adds that “Architect Hodder and Partners has drawn up plans for the site and Realty has already struck a deal with London-based Max Serviced Apartments to run the converted building as a 182-bed apart-hotel.”

A planning framework drawn up for the Piccadilly Station area by the council shows the site of Gateway House as a terminal for high speed trains which will be arriving in Manchester in 2032 if the plan goes ahead.

Maybe we should start a campaign to save it?

Foodbanks Are Inevitable in the UK according to Manchester experts