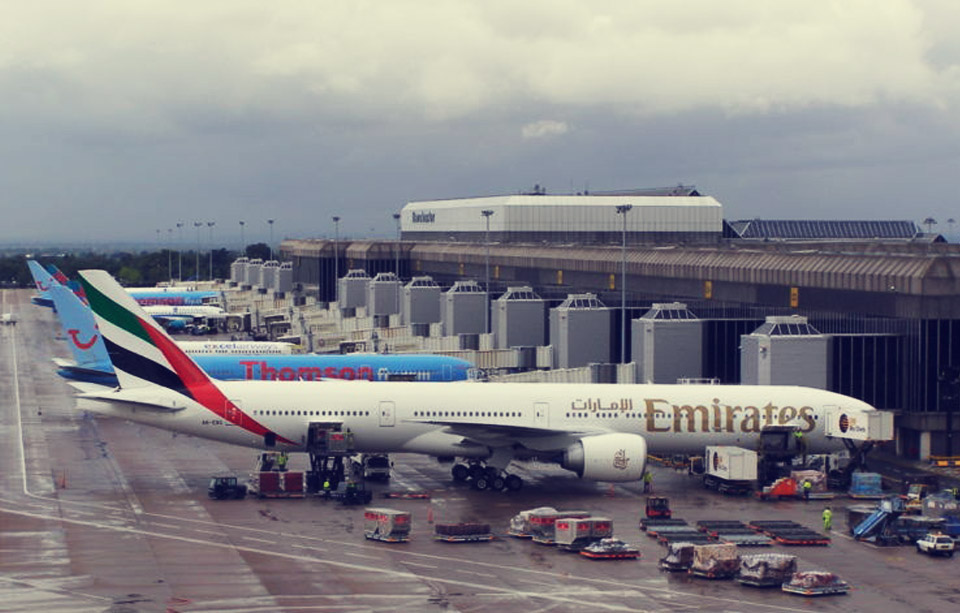 On Saturday June 25th 1938, Ringway Airport was officially opened by an air display from the Royal Air Force by the command of Sir Kingsley Wood, his Majesty’s Secretary of State for Air.

Operations began two days later and in the first 14 months, the airport handled 7,600 passengers, which is the equivalent of several hours work during the summer today.

This weekend the airport will celebrate its 75th anniversary with what it describes a fun packed day with visitors being encouraged to come along in appropriate 1930s dress.

The event which runs on Saturday 14th from 12-6pm will feature several fly pasts and displays of vintage aircraft including the legendary Lancaster Bomber, Hornet Moth, Dragon and Morane Sauline.

These vintage planes date back to the 1930s and the Lancaster made in East Manchester undertook its first ever flight out of Manchester Airport.

The Blades will also be taking to the skies and performing a stunning display over the Runway Visitor Park. Made up of former RAF Red Arrows pilots, The Blades are renowned worldwide for their close flying formation aerobatics to the highest level.

Andrew Cowan, Chief Operating Officer for MAG, owners of Manchester Airport, said: “This year has been a significant milestone in our history as we reached our 75th anniversary. It’s even more significant for us this year as we’ve completed a transformational increase in the size of the company having added London Stansted to our group of airports.

“This summer, Manchester has surpassed 20m passengers again and we are the third largest airport in the UK, and we will begin to build our Airport City development this year, further cementing Manchester’s reputation as a European business destination. We’ve achieved much in our opening 75 years of existence and we’re well placed for an even brighter future.”

Manchester was the first city in Great Britain to establish a municipal aerodrome when an Air Ministry licence was granted to the Corporation on April 22nd 1929. In January 1934, an airline senior pilot claimed that the existing Barton site for Manchester was unsuitable and by July 1934 the City Council had chosen Ringway as a new home. A Public Inquiry was held in October and the Government approved the site in February 1935.

Entry to the event is free, if arriving by foot or bus, or a full day’s car parking costs just £10.00 per car.

The end is nigh for Piccadilly’s snake