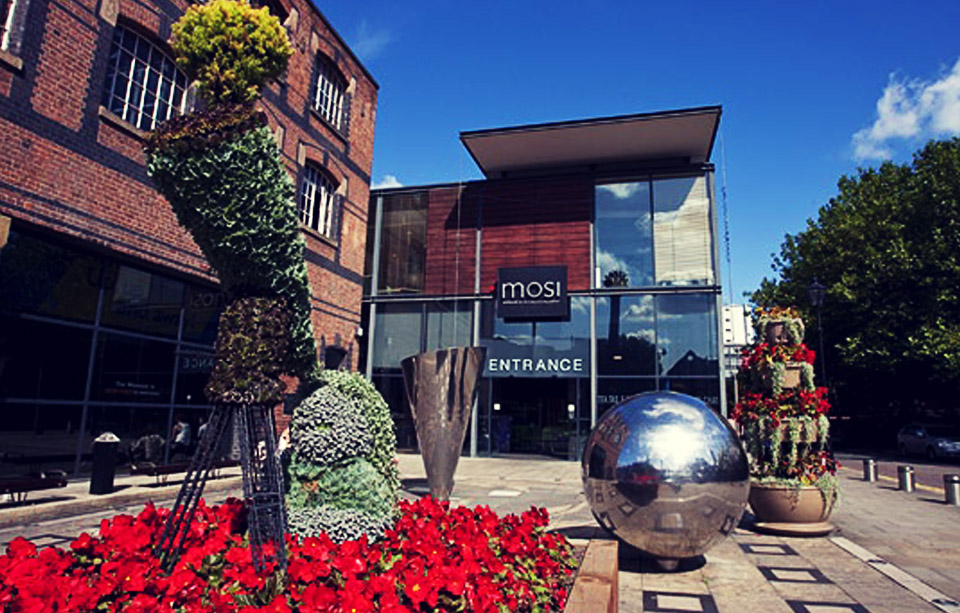 MOSI (Museum of Science & Industry, Manchester) will celebrate its 30th birthday at its current site this weekend, with a special anniversary trail of favourite collection items around site, train rides, shows and hands-on activities.

The museum first opened at Liverpool Road on 15 September 1983, and is now one of the most visited museums outside London with over 12 million visitors since its first day.

It tells the story of how science met industry and the modern world began, and looks after 16,600 collection items, a tenth of which are on permanent display.

From its beginnings as a near derelict former railway station site, MOSI now has 15 galleries, including the largest collection of working steam engines in the world and working replicas of iconic world firsts such as Arkwright’s water frame, the first machine for mass production of cotton – and the world’s first computer, built in 1948.

There are also over 1000 groups of archive documents and photographs, which are used in exhibitions and available for researchers. The museum also produces the city’s annual Manchester Science Festival.

MOSI is housed in the buildings of the former Liverpool Road station, the world’s oldest passenger railway station and part of the Liverpool & Manchester Railway, which opened in 1830.

When the station closed in 1975 Greater Manchester Council started negotiations to purchase the historic site for the museum. In 1985 the museum also took over the former Lower Campfield Market, now the Air and Space Hall. The museum now includes five historic listed buildings and two listed railway viaducts. The 1980s and 1990s saw the gradual restoration and opening up of these buildings and their conversion for galleries.

Although the museum has been at its current site for 30 years it started life as the North Western Museum of Science and Industry, which opened in 1969 at Grosvenor Street.

The first items for what is now MOSI’s collection were models of textile machinery to represent the historical cotton industry for which Manchester was internationally famous. By the 1970s the museum was getting crowded and plans were made to move to the current Liverpool Road location.

The voluntary organization Liverpool Road Station Society, which formed in 1978, was instrumental in work to rescue the near derelict site, and voluntary involvement remains an important part of the museum today.

MOSI now has an established a major collection of artefacts and archives ranging from the scientific genius of John Dalton and Ernest Rutherford to the technologies and products exported worldwide by Manchester businesses. The most recent acquisitions are costumes and props from the TV series Shameless, which represents one of the city’s newest industries and another international export, sold to over a dozen countries around the world.

In 2012, MOSI joined the Science Museum Group and Jean Franczyk became director. Since then MOSI has been working to develop more exhibitions and events inspired by MOSI’s own collections and put MOSI’s stories on the international map.

Jean said: “MOSI is an extremely well-loved Museum throughout the region and we want to build on that reputation to create an internationally significant museum with a strong Manchester personality. We think that MOSI is the best place to talk about where science met industry and the modern world began, and we are working to develop the site to tell these stories better.”

Review-Manchester Camerata at the Albert Hall