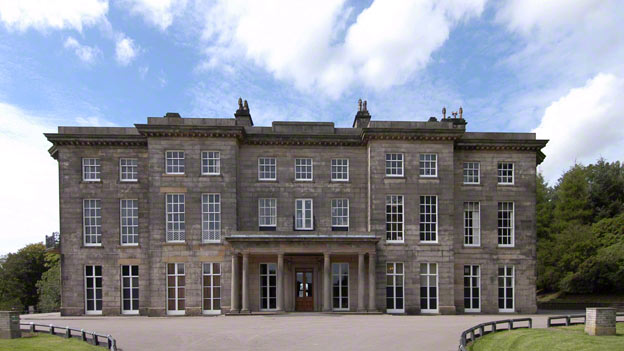 It once welcomed the Prince and Princess of Wales through its doors, but now the doors to Haigh Hall will be thrown open for all to enjoy, not just royalty.

That was the message from Wigan Council today, who received the keys to the hall last Friday, 18 June.

Described as the ‘jewel in the borough’s crown’ early proposals for the hall’s future will see it restored to its former glory 150 years ago when the 25th Earl of Crawford, Alexander Lindsay lived there with his wife, Elizabeth. Back then the earl thought nothing of spending millions of pounds from his vast colliery wealth on redecorating the hall in preparation for the royal visit but unlike Lindsay, the council will need to secure external funding to turn the proposals into a reality.

In March the National Heritage Lottery Fund awarded Wigan Council £256k to explore the second phase of the Haigh Woodland Park project, which is hoped will result in a £6m project of improvements to the visitor experience in the woodland park. Discussions are being held about the importance of the Hall alongside that investment.

If funding is agreed, the proposals will reveal hidden histories and resurrect lost stories. From the Hall’s library which housed the largest private collection of precious manuscripts, rare books and bibles in Britain, all the way down to the underground network of cellars which are a maze of medieval remains and tunnels.

The Leader of Wigan Council, Councillor David Molyneux, welcomed the plans, commenting: “I am delighted that we’ve got the hall back in the hands of the people and excited to see what the future holds. The hall isn’t just bricks and mortar and the last few years in particular have demonstrated that sentiment and passion. The hall is a special place where many cherished memories have been made and where they will continue to be made for years to come.”

Activity is already underway at and around the hall, with volunteers descending therethis week to make a start on cleaning up the outside area.

Councillor Chris Ready, cabinet member for leisure, at Wigan Council said: “We are committed to retaining the lease and developing something that everyone can be proud of. I was overwhelmed to see how many people wanted to come and help today; it really goes to show just how passionate people are about the hall.

“We’ve had so much support from our volunteer groups over the last few months and I’d like to thank them for all their help. We will continue to work closely with our volunteers and wider residents to ensure we create something that meets everyone’s aspirations.”

Over the next few months, proposals will be developed in more detail in consultation with residents. One of the first projects is the creation of a contemplation garden next to the plantation gates, which if approved will provide a quiet space for reflection, particularly for those visiting the hospital opposite.

A pilot scheme for a Sunday bus service has also received approval – helping to give more residents the opportunity to enjoy the already popular visitor destination.