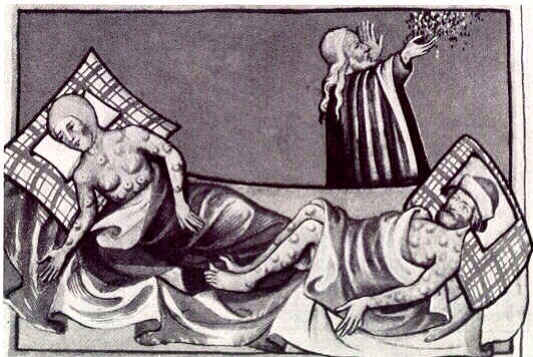 The Black Death is the darkest period of history, Brits identify the Roman period as the most prosperous in history and six in ten British adults wish they could live in another era.

These are the results of a new survey out today, the Yesterday Historical Report, a combination of a survey of more than 2,000 British adults and the expertise of well-known historian Richard Felix which coincides with the launch of a new programme Inquisition on Yesterday, Wednesdays at 9pm from 16th July.

The results reveal that over half of British adults agree the darkest period of European history was during the 14th Century, when one of the most devastating pandemics in human history, the Black Death, killed an estimated 75 to 200 million people.

Richard Felix, historian commented, “History is full of stories of horrendous plagues, awful torture, contentious wars, battles of power and religious strife. It is no surprise the Black Death came out on top in this study; the symptoms included painful blisters, acute fever, vomiting of blood and eventually death. Similarly The Inquisition was a very bloody chapter of European history. I have studied the different atrocious torture methods to extract confessions used throughout the era, which included water boarding, castration and beatings.”

Meanwhile a staggering 57% of men and women say they wish they did not live in the current day, but in a completely different era. The swinging 1960s, came out on top of the poll, with 18.0% wanting to be transported to the decade when the Beatles rose to fame, colour television was introduced, and massive technological advances were made.

In second place a surprising 9.9% revealed living in Ancient Rome appealed to them, and another 9.8% answered the rock and roll from the 1950s had the biggest draw. A further 9.2% also revealed they wanted to experience the roaring 1920s, whilst 3.2% the nostalgia of the 1930s.