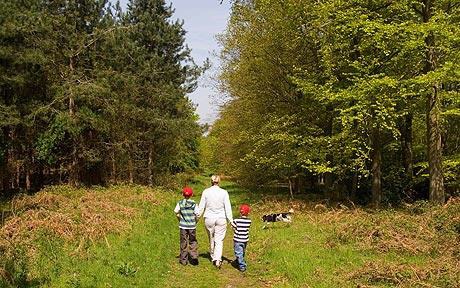 A generation of children are missing out on traditional outdoor activities like building a den, climbing trees and flying kites according to a new study released today, which reveals that British children will spend a staggering 86 hours and 48 minutes of the summer holidays staring at a screen.

The study of 2,000 British parents, by outdoors adventure brand Go Ape who conducted the research to mark the launch of their new website www.ShareAdventure.co.uk, designed to inspire people of all ages to share adventures with one another, found that the average child will spend at least 2 hours 4 minutes every day staring at a screen during the summer break.

The children of the North West are among the least active in the UK, spending only 102 minutes playing outside a day, compared to the National average of 118 minutes

Gawking at tablet devices, smart phones, playing computer games and watching television mean the vast majority of children will be spending much of their summer holidays indoors. In fact, they’ll be totting up the equivalent of over 3.5 days solid in front of a screen.

The research also reveals that traditional outdoor activities such as picking fruit, playing conkers and making daisy chains could soon become a thing of the past as children spend their spare time playing computer games and watching TV instead.

Over half of parents (51%) surveyed admitted to feeling worried that their children are having less traditional play-time experiences and 8 out of 10 British parents (82%) believe that the current generation are having less physical adventures outside than they did when they were children.

Ben Fogle, writer, broadcaster and father to two children is heading up the Share Adventure campaign with Go Ape to incentivise people to go on more adventures.

The TV personality commented: “I do worry that today’s generation of children are at risk of losing their sense of adventure. It is clear from the study by Go Ape that many parents need to do more to encourage their children to play outdoors and be more physically active. The prospect of future generations having no interest in flying a kite or climbing trees is a frightening thought. I hope parents act on this and get their children outside this summer.”

The study also found that over three quarters of parents (77%) would prefer their children to spend more time outside than they currently do, whilst 49% of all parents admitted to feeling guilty about allowing their child to have too much screen time. Over one fifth (22%) admitted that they regularly put their child in front of the TV or a games console because it’s easier than planning activities.

Six in ten (65%) parents admitted that they need to make the effort to partake in outdoor activities with their children and 42% of parents are worried that spending time staring at screens is having a negative effect on this generation of children’s imagination and their interactions with their parents and children of similar ages.

The study also reveals that 49 per cent of all British parents felt their children would class ‘play-time’ as watching TV and playing on computer games, rather than participating in outdoor activities. Surprisingly, over a quarter of British parents (26%) do not place a limit on the amount of screen time their children have per day with 48 per cent admitting to allowing their child extra ‘screen time’ to simply keep them occupied.

Levelling down? Manchester one of the places facing the worst economic hit from...

Study of Perry Mason is bid to combat ‘innocence fatigue’