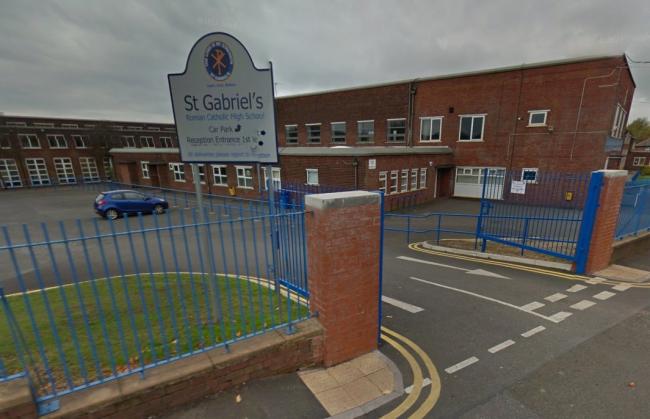 A school in Bury has gone from being outstanding or being labelled inadequate by OFSTED inspectors in less than a decade.

St Gabriel’s Roman Catholic High School on Bridge Road which caters from 11-16 year olds was deemed in all categorises when Government Inspectors visited in February of this year.

This school, said the inspectors, has been in decline over a number of years and its leaders were too slow to recognise the deterioration.When they did they did not have the capacity to address the school’s plight.

Sustained weak leadership has resulted in some pupils, particularly boys and disadvantaged pupils, making poor progress over the past three years. Most teachers have low expectations of pupils this inhibits the progress that pupils make.

The quality of teaching and learning over time was found to be inadequate. Across a range of subjects and year groups, the expectations that many teachers have of their pupils are
too low.

This,says the report, contributes to the poor progress that pupils make. Teachers’ expectations of boys and disadvantaged pupils are particularly low.

Too often, teachers accept work from boys that is inaccurate, slapdash and/or
incomplete. Generally, girls take much more pride in their work and it is of a much
higher standard. As a result of teachers’ variable expectations of different groups,
teaching does not promote equality of opportunity effectively.

The school has a strong Catholic ethos.However, it has failed to impart many of its
values to a substantial number of boys. Their poor behaviour and attitudes are having a very detrimental impact, which exacerbates weaknesses in the school’s culture.

Inspectors reported that the behaviour of a substantial number of pupils during their social times is unacceptably poor. Some pupils show defiance when challenged by staff. There is a culture during social times which can be intimidating

Under the acting headteacher, leaders have begun to address some of the weaknesses.
However, the current group of leaders lack the knowledge, skills and experience to make the improvements that are necessary.

MP’s say there should be a ten-year plan to fix broken school and college...