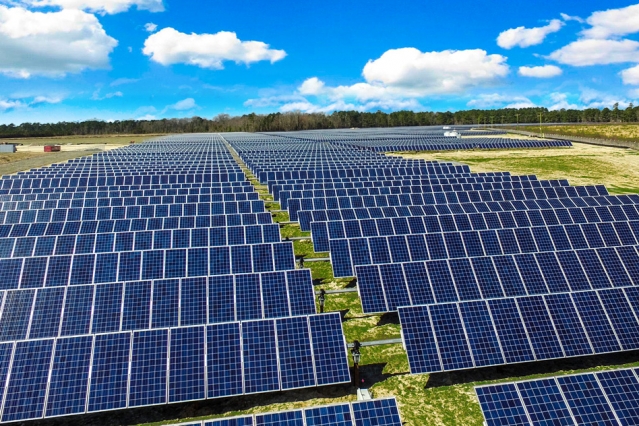 Scientists have helped to solve a puzzle that could lead to cheaper and more efficient solar power.

A team of researchers, including physicists at Durham University, looked at why a certain type of solar panel is much more efficient than others.

Most of the world’s solar panels are made from silicon, but panels have been created using a material called cadmium telluride (CdTe) which produce electricity at a lower cost.

The huge gain in efficiency seen in CdTe panels is a result of adding selenium to the cadmium telluride.Until now it had not been properly understood why this was the case.

According to the new research, the increased efficiency happens because selenium stops electrons – tiny particles generated by sunlight that carry electricity – from becoming trapped and lost in miniscule defects in the panels.

In turn, this increases the amount of power that can be extracted.

The team made the discovery by measuring how much light is given off by solar panels containing selenium when bombarded with a high energy electron beam. The richer the concentration of selenium, the brighter the light, and the more efficient the device.

Electricity from CdTe solar farms is now being produced more cheaply than from fossil fuels, bringing economic and environmental benefits.

By understanding more about the effects of selenium on CdTe solar farms, it’s hoped that panels can be developed which produce electricity using less material and with even greater efficiency.

What is your baby saying?