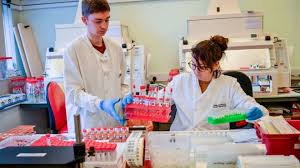 Health Secretary Matt Hancock returns to Westminster today after a week in self-isolation and will unveil a new five-point plan he hopes will ramp up coronavirus testing across Britain.

After days of mounting concerns over the growing testing crisis, it is still unclear when NHS workers are to be tested, when mass testing for the population is to be rolled out or even whether the Government has a plan to end the nation’s quarantine reports the Telegraph

At the start of April, testing was well short of the interim goal of 10,000 tests a day, with only 2,000 of about half a million NHS frontline workers having been tested. As a result, scores of NHS staff have been self-isolating without knowing if it was safe for them to return to work says the Guardian

£150 million per year could be cut from cancer research, warns charity