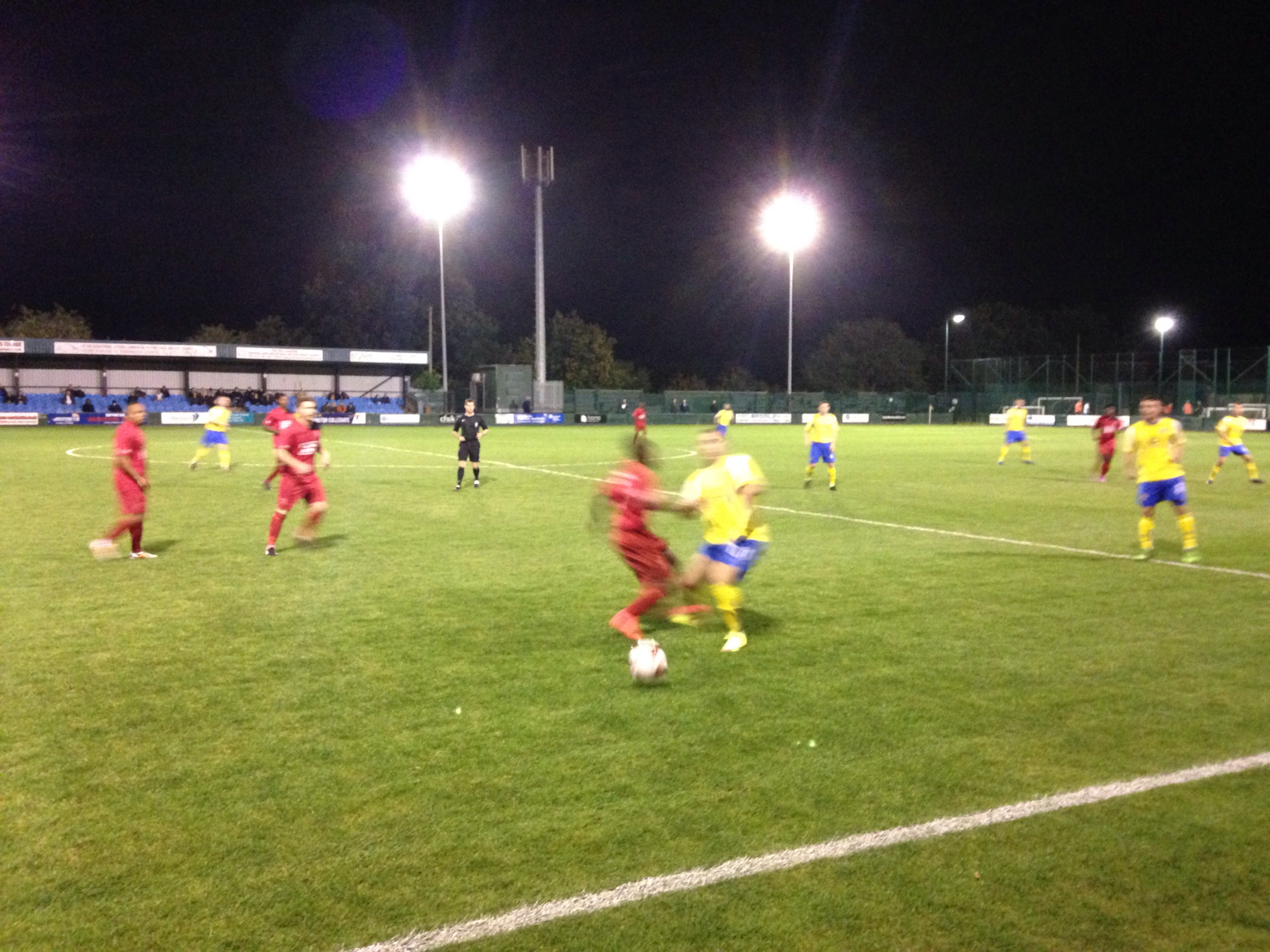 A first half hat trick by Scott Metcalfe condemned the Bloods to another heavy defeat in the Evo Stik  First Division North fixture at high flying Warrington.

The Bloods went into this fixture after a much improved performance in Saturday’s FA Cup Tie but their hopes were shattered after just ten minutes when they found themselves reduced to ten men when last man Shaquille Clarke Adam pulled down Chris Gahgan on the edge of the area.

Metcalfe sending the keeper the wrong way from the resultant penalty.It was backs to the wall for Droylsden who found their goal under siege for much of the first half. Metcalfe made it two after 24 mins after a nice one two with Burke and five minutes later saw him get his hat trick five minutes later as he rounded Craig Ellison after beating him to a long ball.

Former blood Ciaran Kilheeney made it four after thirty two minutes shrugging off the Droylsden defence to be first to a through ball and the same player should have made it five before half time only to shoot weakly at the keeper.

Droylsden, to their credit were the stronger team after the break and were rewarded with a goal after fifty minutes from a Brendan Zibaka free kick and continues to press for a second when great work from full back Ben Barber should have been rewarded with a second Zibaka goal.

But Warrington sealed their night and their tenth win from eleven games with Nathan Burke firing into the top corner.

Just five points from ten games for the Bloods and second from bottom.

Manchester researchers urge politicians to get tough on workplace racism