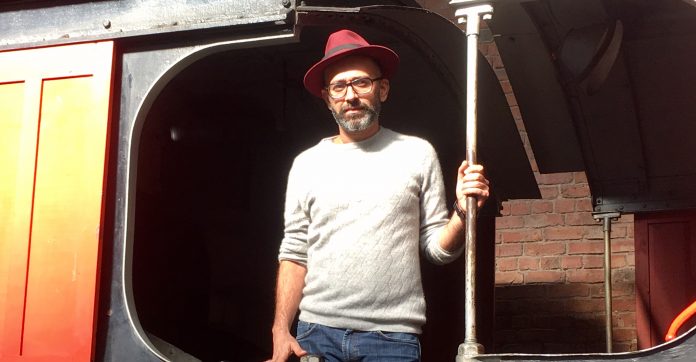 One of the first exhibits to be acquired by Manchester’s Museum of Science and Industry will form the background of a unique forty eight performance at the Museum this weekend.

A steam locomotive built in Newton le Willows in 1911 which has been situated in the Museum’s Power Hall, since its opening, was made for the Indian NW railways, found itself in Pakistan after partition, and was sent back to Britain as a gesture of friendship between the two countries.

Now performance artist Nikhil Chopra aims to create the Blackening 3157, forming part of a Manchester wide celebration of shared heritage between the North of England and South Asia.

Seventy years after the partition of India and Pakistan, Chopra, who is renowned for performances that untangle the complexities of that event seventy years ago, will be accompanied by the DJ Masta Justy who will provide live music to accompany the piece.

It all forms part of the New North and South network, a three year project connecting Manchester Art Gallery, The Whitworth, Manchester Museum, Liverpool Biennial and the Tetley in Leeds to five institutions across India, Sri Lanka, Pakistan and Bangladesh which opens this weekend.