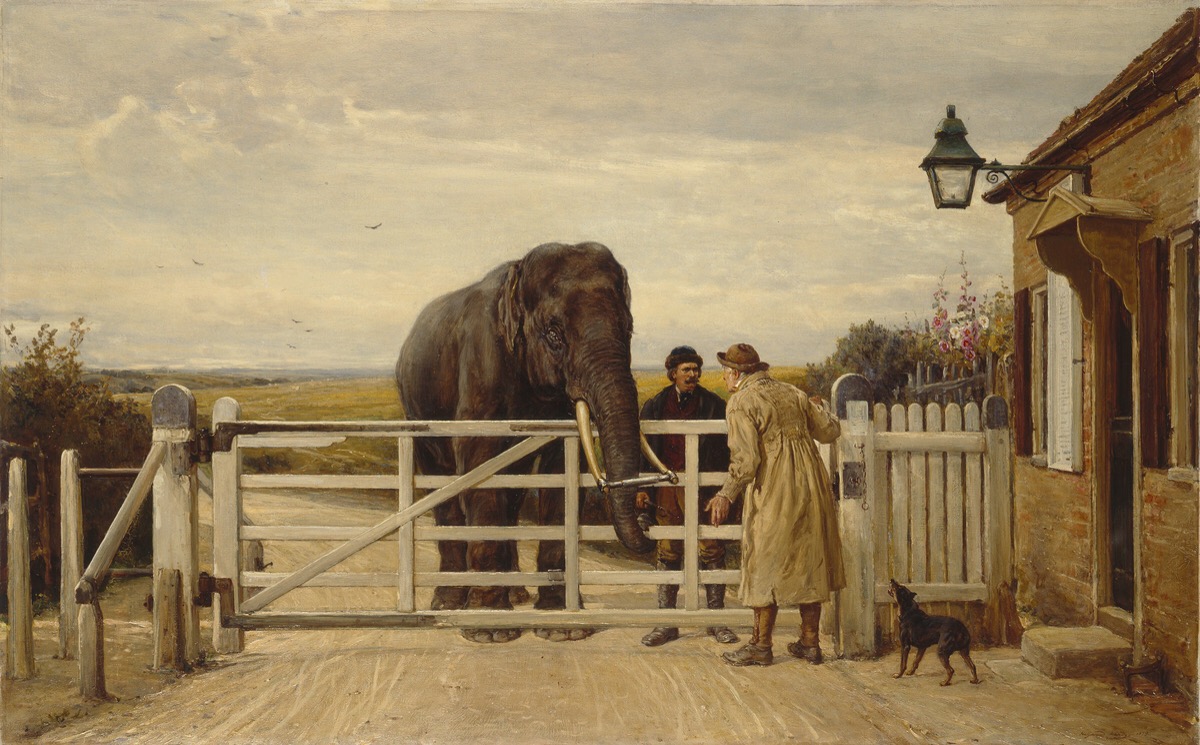 This Friday, artist, Oliver East, will arrive at the Museum after recreating the famous walk and About Manchester will be covering his arrival.

News that the 160 mile journey of the Indian Elephant Maharajah from Edinburgh to Manchester is being repeated by comic artist Oliver East has really struck a chord here at Manchester Museum, not least because the skeleton of Maharajah is displayed here.

Maharajah walked to Manchester with his keeper in 1872. Edinburgh’s menagerie had got into financial difficulty and the animals were being auctioned. Belle Vue zoo in Manchester bought Maharajah but then had the task of bringing him back. 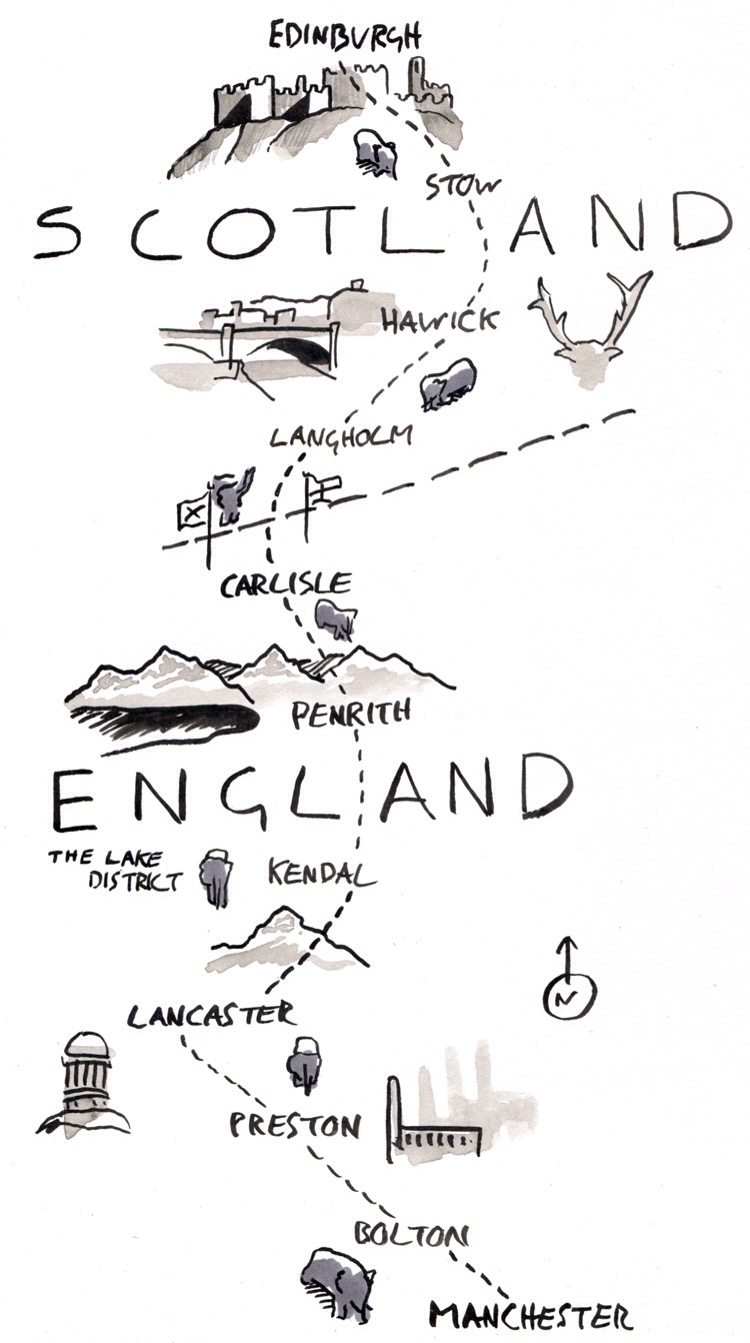 The original plan involved putting the elephant onto a train, but Maharajah did not take kindly  to this and so the elephant and his keeper Lorenzo Lawrence walked back to Manchester.

It’s been suggested this may have been orchestrated by the keeper in order to make more money from undertaking the 160 mile journey on foot.

The journey took ten days covering about 20 miles each day. Maharajah was a famous attraction at the zoo and gave rides to visitors on a seat suspended between his tusks. After he died his skeleton was acquired by Manchester Museum and can be seen on display on the first floor in the Manchester gallery.

One of the most famous journeys in history was Hannibal’s crossing of the Alps with no less than 37 elephants in 219-218 BC. Hannibal was a general from the city of Carthage in North Africa.

The city had established an empire for itself in Spain after being defeated in the First Punic War by the  Roman Republic.

Hannibal’s attempt to defeat the Romans by taking an army overland from Spain to Italy was inspired and after defeating the legions in a number of battles, much of southern Italy went over to the Carthaginians.

Rome, however, had the determination and the resources in manpower to withstand any number of defeats and after many long years of warfare,  Hannibal was ordered to return to Africa. He was defeated by the Roman general Scipio at the battle of Zama in 201 BC, Carthage sued for peace and the Second Punic War came to an end.

Marching elephants across the Alps has captured the imagination of many people over the generations but militarily the elephants were not terribly reliable as weapons of war.

Most of Hannibal’s elephants sadly died during the northern Italian winter and although Hannibal received some more as reinforcements from Carthage, they were not really a major threat once the Romans knew how to deal with them.

They were only really dangerous if the opposing forces had not encountered them before. Nowadays the elephants would be seen as an incredible piece of PR.

Many of Hannibal’s elephants were of the smaller African Forest elephant species and it is debatable whether they were big enough and strong enough to carry a howdah or turret. Hannibal seems to have had at least one Indian Elephant, “the Syrian”, on which he rode during his campaigns.

So Maharajah’s long journey to Manchester (160 miles) is pretty modest in comparison with that undertaken by Hannibal’s elephants (almost 1000 miles) but even that is fairly modest compared to the earlier journey from North West India to Turkey made by elephants in the army of the Macedonian general Seleucus (about 2000 miles).

Even if an elephant cannot trot, gallop or jump, it is perfectly capable of making very long journeys at a slow and steady walking pace.

The bones of the elephant’s foot are embedded in sponge-like tissue which, as writer H.H.Scullard says in his book The Elephant in the Greek and Roman World (Thames and Hudson, 1974)  acts like a shock-absorber.

Maharajah’s daily stint of 20 miles or so is high in comparison with ancient journeys but it reflects the fact that he was walking on a road.

Hannibal and Seleucus’s elephants had to walk at least for part of the way over the most challenging terrain ever tackled by elephants. Hannibal’s elephants averaged about 80 stades, which is about 10 miles a day.