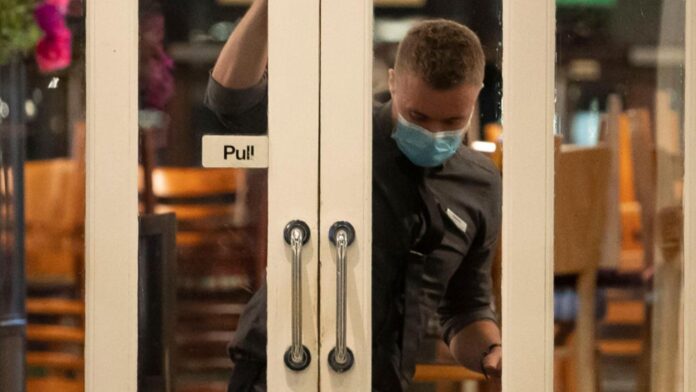 The Government’s support for hospitality fall far short of the minimum required to save businesses and prevent unemployment, UKHospitality has warned.

In response to today’s announcement of a one-off payment of £1,000 for pubs not serving food, and ahead of this evening’s vote on the revised tier system, UKHospitality has criticised the Government’s restrictions which it says unfairly target hospitality.

UKH is warning that nine months of business support and job protection is at risk, as are future tax revenues, for the want of a final targeted support package. The support announced for hospitality businesses, including today’s £1,000 payment for pubs, falls far short of the required level to avoid catastrophic failures and widespread job losses. At a minimum, the trade association is calling for urgent, targeted replacement of the Job Retention Bonus (JRB), the removal of this policy alongside the extension of furlough left a £2.1 billion black hole in the finances of hospitality businesses, severely risking the solvency of many.

The Treasury, they say, must work with the sector at rapid pace to develop an alternative, targeted scheme that rewards the sector for retaining its workforce and allows businesses to remain above water.

This will prevent landlords from evicting hospitality businesses and issuing winding up orders. A failure to extend beyond December 31st will see a bloodbath on our high streets as businesses are forced out or through the courts.

Alongside this immediate support, UKH is also calling for an extension of the current VAT cut as well as a business rates holiday for the whole of 2021 to enable businesses to rebound next year.

Kate Nicholls, Chief Executive of UKHospitality, said: “A one-off payment of £1,000 for pubs forced to close does not even count as a token gesture. Equivalent to just 1.1% of last year’s takings, it falls far short of the bare minimum required to keep these businesses alive.

“The Government’s entire approach to this lacked any sliver of logic, as evidenced by the farcical debate around Scotch eggs over the past 24 hours. There needs to be a much clearer and supportive approach from the Government and this means providing far more support immediately.

“The new tier system condemns 9 out of 10 hospitality businesses to being unviable by the New Year. This is not just a threat to community wet led pubs but also neighbourhood restaurants independent hotels, nightclubs and other hospitality venues who are now staring failure in the face. The sector will lose £8bn of revenue in December and bear £0.3bn of costs of closure and restricted trading.

“The Government’s own figures say a third of businesses are at risk of insolvency. This jeopardises over a million jobs and threatens collapse across the supply chain.

“The Prime Minister himself said that he was asking hospitality to bear a disproportionate burden to allow the reopening of all other parts of the economy and pay for our festive bubbles but the compensation is derisory. It is vital that they bring forward a more comprehensive package of emergency and long-term support to stave off the collapse of the 3rd largest sector and export earner – a sector vital to our economic recovery.”