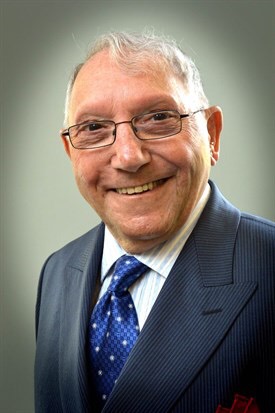 The Stoller Charitable Trust has made an incredible £500,000 pledge to Manchester’s Christie charity.
The fantastically generous pledge will help The Christie hospital, one of Europe’s leading cancer centres, fund equipment for a dedicated research room in the UK’s first high energy NHS proton beam therapy centre, which is being built at the hospital’s Withington site.

The Stoller Charitable Trust has already presented the charity with the first £100,000 instalment of the pledge. The remainder of the pledge will be given to The Christie in instalments up until 2018 when the proton beam therapy centre is due to open.
Proton beam therapy is a specialist form of radiotherapy that targets certain cancers very precisely, increasing success rates and reducing side-effects. It targets tumours with less damage to surrounding healthy tissue and is particularly appropriate for certain cancers in children who are at risk of lasting damage to organs that are still growing.
The £500,000 pledge represents a leading gift towards The Christie charity’s £5.6 million appeal to fund the research room.
Norman Stoller and his team built Seton Healthcare (SSL International PLC), inventors of the tubular bandage, into a worldwide brand and one of Oldham’s biggest employers. Through the Stoller Charitable Trust, he has dedicated years to philanthropy in the North West and beyond.
After being diagnosed with cancer of the colon in 1997 and then cancer of the prostate in 2012, Norman was successfully treated at The Christie and has made a number of donations since. His long standing support for the hospital has resulted in donations dating as far back as 1994.
Roger Spencer, Chief Executive at The Christie, said: “The Christie is aiming to become one of the top five cancer centres in the world. To do this, we need to be offering patients the very latest treatments and performing groundbreaking research. This incredible pledge from the Stoller Charitable Trust will go a long way towards helping us achieve this goal.”
“The Stoller Charitable Trust is celebrating 25 years of philanthropy this year. That’s 25 incredibly generous years of giving to numerous good causes and changing thousands of lives. We’re so grateful that The Christie has been one of the charities to benefit from the Trustees’ ongoing support which makes such a huge difference to our patients.”

One hundred years of Yelloway Coaches.