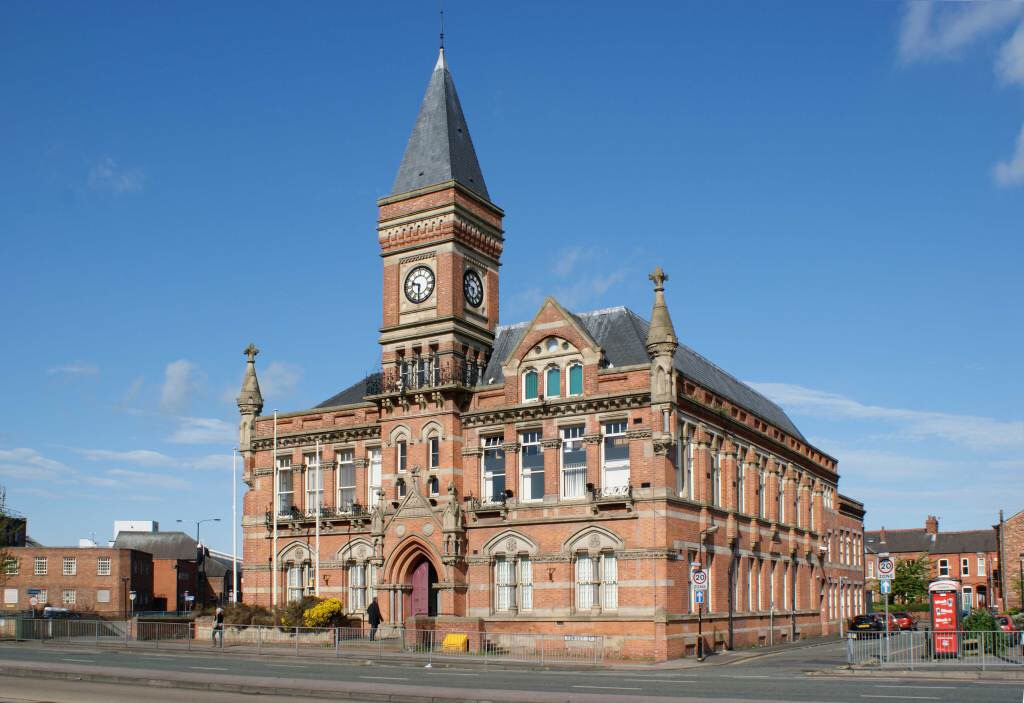 Stretford Public Hall is to become a community owned building it has been confirmed, following a meeting of the Trafford Council last week.

The Friends Group have plans to bring the iconic building back to life including its use for weddings, conferences and parties alongside a small theatre, a music venue, small business start-up space and a café/bar outlet.

The Grade II Listed Building on the corner of Chester Road and Kingsway in Stretford was built for the local community by John Rylands in 1878.

Stretford’s first public lending library was established in the building in 1883. At John Ryland’s death in 1888, his widow placed the building at the disposal of the local authority for a nominal rent, and on her own death in 1908, the building was bought by Stretford Council.

It has had various uses since then, once the a civic theatre and a leisure centre, it fell into disrepair in the 1970’s before being refurbished and used for a time as council offices before being put up for sale.

The group need to raise £25,000 to start essential repairs to the roof, secure the building and stop any further damage. The essential first phase will allow the holding of some small events in the hall.

The overall project is estimated to cost around £2.5 million.

A lasting Olympic legacy for Royton