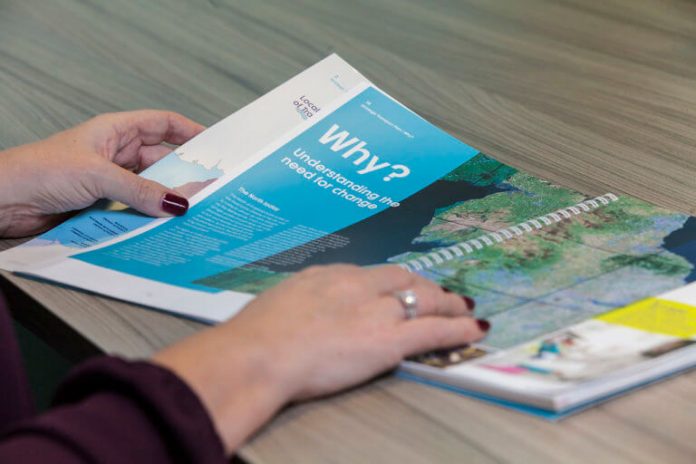 A £70bn plan for improving roads and railways across the North of England has been unveiled.

Aimed at rebalancing the UK’s economy through a sustained 30-year programme of transport infrastructure investment, the plan could deliver a £100 billion economic boost and 850,000 additional jobs by 2050.

Seven ‘corridors’ of opportunity are identified in the plan that are key to achieving these aims.

For example, the ‘Southern Pennines’ corridor identifies proposed road and rail improvements from the Port of Liverpool to the Humber Ports, via Cheshire, Greater Manchester and Sheffield City Region, as well as strengthening cross-border movements into the East Midlands, whilst ‘Connecting the Energy Coasts’ explores ways to improve travel between some of the UK’s vital non-carbon energy and research assets in Cumbria, North Lancashire, North Yorkshire, the North East and Tees Valley.

Alongside the ‘corridors’, Transport for the North has for the first time outlined its emerging vision for Northern Powerhouse Rail, a rapid, reliable and resilient rail network between the North’s six biggest cities and other economic centres.

This is accompanied by an updated Rail Strategy for investment in the North’s existing lines, stations, services and franchise operations, reflecting the planned integration of Rail North into Transport for the North in April this year.

In the short-term, Transport for the North has commenced a rolling programme from now until 2021 to introduce integrated and smart ticketing across the North of England. This will make paying for and planning travel much easier, starting in major cities and across the busiest routes.

The investment priorities are backed up by research that links the North’s prime capabilities in advanced manufacturing, digital, energy and health innovation.

The cost of the 30-year plan is estimated to equate to less than £150 per northern citizen per year, or £2-2.3 billion per year.

This figure also includes spending which would already be expected as part of ongoing strategic transport investment in the North, with only £50 per person per year (£700-900 million per year) additional spending. Regional spend figures issued by the Infrastructure and Projects Authority for the four years from 2017 calculated that projected Government spend on strategic transport will be £1,039 per head for the three Northern regions (North West, North East, Yorkshire and Humber).

John Cridland, Transport for the North Chairman, said, “The North is a rich, diverse region and home to around 16 million people. We have vibrant communities, buzzing cities, five stunning national parks, an abundance of talent and a wealth of high-performing businesses. Transport for the North’s vision is of a thriving North of England, where modern transport connections drive economic growth and support an excellent quality of life.

“For the first time, civic and business leaders and transport operators are speaking with one voice on transport to make sure the North fulfils its potential. Our plan proposes a revolutionary investment programme that will make it possible to travel to high quality jobs. This is an ambitious programme that will improve our roads and railways, and will also drive a sea change in skills development in the North and ensuring we meet that historic gap in investment.”