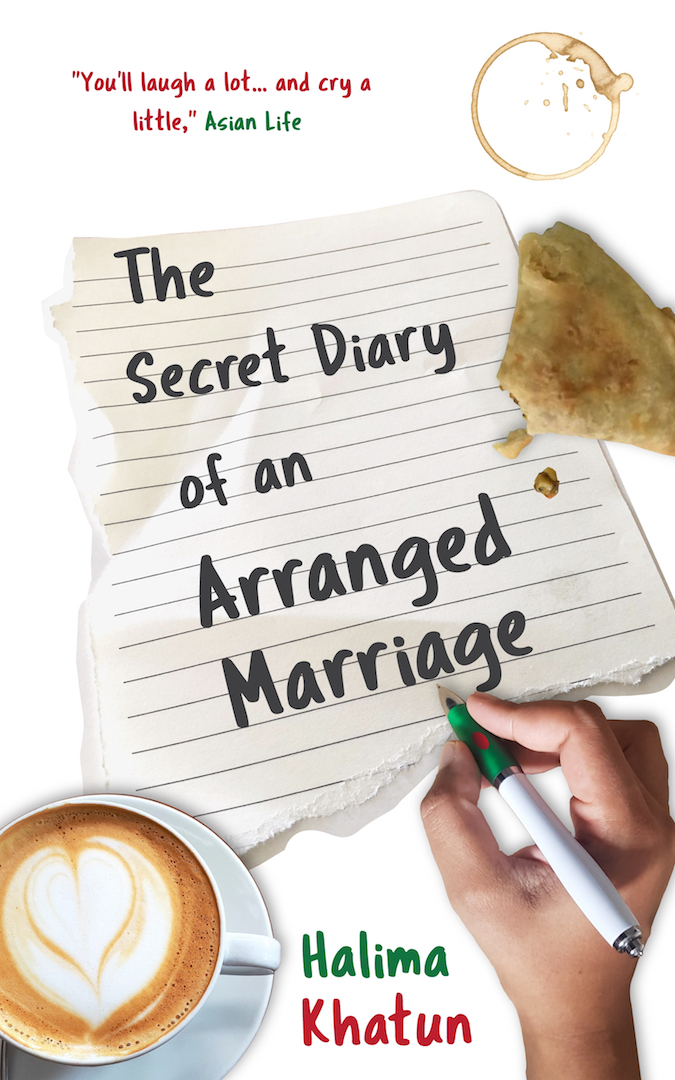 Mum of two, Halima Khatunis hoping to be discovered as a writer with her humorous story for women, The Secret Diary of an Arranged Marriage.

Khatun has entered the Page Turner Awards, where published and unpublished fiction and non-fiction from all genres can enter their writing to get discovered by high-profile judges from the literary world.

The Secret Diary of an Arranged Marriage is based in Manchester, while Halima’s hometown of Wrexham provides a lot of inspiration for the early elements of the book.

Khatun said the novel is about an ambitious British-Bengali girl who hopes to find her dream man via the arranged marriage process. As she meets a motley crew of men through the matchmaking efforts of her mum, pretend auntie, and profiteering opportunists, she’s sure she’ll land a husband, but will he be the one?

Why The Secret Diary of an Arranged Marriage? This former journalist and writer is shedding light on the intriguing and misunderstood world of modern British-Bengali matchmaking, with her debut novel.

Khatun is challenging the negative perception of the arranged marriage process, by sharing an insider’s point of view and highlighting the similarities the age-old tradition shares with modern-day dating. The story takes inspiration from true events.

Early reviewers have dubbed the novel ‘the Brown Bridget Jones,’ and its narrative is in sharp contrast with current BAME-focused literature.

The novel is timely. At a time when politics has made the world quite polarized, it shows that people share more similarities than differences. Khatun details the parallels between arranged marriages and the likes of Tinder and Match.com. The story will be quite an eye opener for most readers.

This story addresses the real lack of diversity in literature. There’s often a negative stance around the arranged marriage process – news stories of people being forced to marry strangers without a say in the matter.

Modern literature concurs, as women involved are often portrayed as submissive objects of pity. It’s seen as a last resort that the heroine desperately wants to avoid. This isn’t always the case in real life and traditional introductions often supplement more modern forms of finding ‘the one’ such as online dating. Yet the negativity surrounding the topic prevents people from talking about it. Khatun is changing that, by exploring the issue with humour and a dose of reality.

Khatun would love to have the locals supporting her. Readers can vote for her book and add any constructive feedback to her story, thus helping her improve her chances of getting noticed by the judges. Greater Manchester residents can vote and comment here: https://pageturnerawards.com/womens/secret-diary-arranged-marriage

Khatun said, “I really hope that The Secret Diary of an Arranged Marriage is shortlisted. Readers have said that it’s an important story that simply needs to be heard. Not only does it provide humour at a precarious time, it brings society closer together by breaking down barriers.”

The Page Turner Awards, sponsored by ProWritingAid, writers and authors the chance to enter unpublished or published fiction and non-fiction books, where a group of literary agents will read the work. Two writers are guaranteed to be published.

Hopefully, with feedback and votes from Greater Manchester residents, Khatun will win the awards and gain the accolade for her book.

Find out more about The Page Turner Awards: https://pageturnerawards.com. Submissions are open until 30 June 2020.