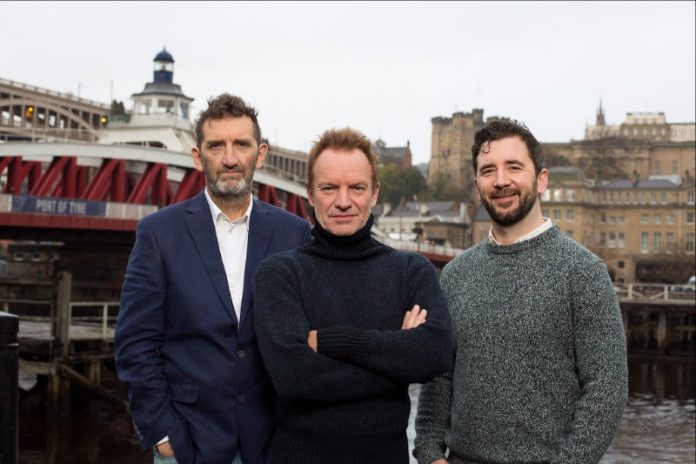 The Last Ship – the acclaimed musical by the internationally renowned musician Sting – is to premiere in the UK when it opens in Newcastle on12 March 2018. The production will tour to The Lowry, Salford from Tue 3 – Sat 7 July 2018.

The production, which will star Jimmy Nail, has a TONY-nominated original score and lyrics composed by Sting. It will play a 4-week season in Newcastle before embarking on a major UK & Ireland Tour.

The production, which was initially inspired by Sting’s 1991 album The Soul Cages and his own childhood experiences, tells the story of a community amid the demise of the shipbuilding industry in Wallsend, Tyne and Wear, with the closure of the town’s Swan Hunter shipyard.

When Gideon Fletcher returns home after seventeen years at sea, tensions between past and future flare in both his family and his town. The local shipyard, around which Wallsend has always revolved, is closing and no-one knows what will come next, only that a half-built ship towers over the terraces.

The show is directed by Lorne Campbell, the artistic director of Northern Stage, with set design by the Tony Award-winning 59 Productions.

One of the country’s most exciting and acclaimed theatre directors, Edinburgh-born Lorne Campbell had his first professional job as an assistant director at Northern Stage, before returning as artistic director in 2013. A graduate of Channel 4’s Young Theatre Director scheme, he has previously worked with the Liverpool Everyman Playhouse, Bath Theatre Royal, Traverse Theatre and Greyscale theatre company, which he co-founded. Productions for Northern Stage include Get Carter, Dr Frankenstein and A Song For Ella Grey

This personal, political and passionate new musical from multiple Grammy Award winner Sting, is an epic account of a family, a community and a great act of defiance. With original music and lyrics by Sting, The Last Ship also features a few of his best-loved songs Island of Souls, All This Time and When We Dance.

This is the proud story of when the last ship sails.

Soap stars line up for Birdsong at The Lowry