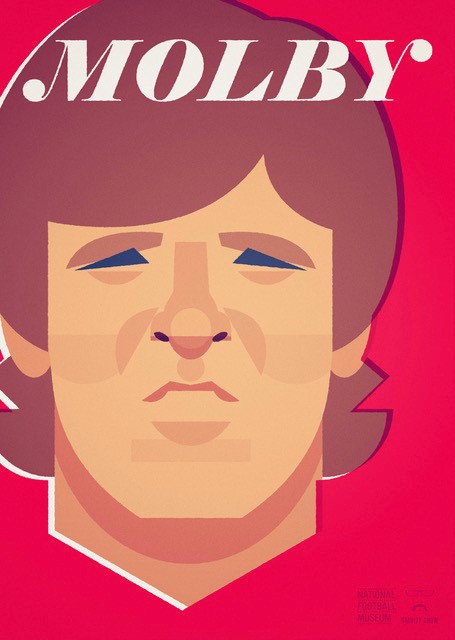 Acclaimed Artist and illustrator, Stanley Chow will debut a new set of artworks at Manchester’s National Football Museum this February.

‘Curated by Stanley Chow’ will feature eleven new artworks which celebrate the players and footballing moments that have inspired him – from Everton’s Neville Southall to a new depiction of Eric Cantona.

The exhibition will open on 28 February, with the never-before-seen artworks created exclusively for the new exhibition.

The exhibition will also include objects from Chow’s personal collection of football memorabilia and the Museum’s archive, including a football sticker album which he collected as a child in the 1980s.

Stanley Chow said; “There’s a great tradition of art in football since the game began. It’s wonderful that the National Football Museum recognises this, and I’m honoured that the museum has given me the opportunity to keep that tradition going strong, allowing me to share my work with a new audience.”

Jon Sutton, Creative Programmes Officer at the National Football Museum said; ‘We’ve been huge fans of Stanley’s work for a number of years and are excited to finally be working with him on this exhibition which includes new works exclusive to the museum.”

Stanley’s All-Time XI are available to buy as exclusive one-off signed canvases. Limited edition prints of these and other selected works are also for sale in the museum’s shop and online throughout the run of the exhibition, www.nationalfootballmuseum.com/shop

The exhibition will be supported by CPS Graphics, Manchester.

An Evening for Twin Peaks fans in Salford

Get a Free Bottle of Prosecco at Hedonist on Saturday